BriefCam company’s technology enabled investigators to summarize an hour of surveillance video footage into only one minute and also zoom in on people and objects whose movements changed during the filming. The system then can track those movements form the beginning of the video.

“The technology used by U.S. security forces has already been installed around the world in police, HLS, intelligence entities and others, saving time and manpower and also providing a solution for the vast challenge of growing amounts of recorded video produced every hour, every day,” Israel Defense reported Monday.

The system is based on the concept of allowing the simultaneous display of several events. Once a certain movement or area is indentified, the system then tracks it during the entire film.

Amit Gavish, general manager for the Americas at BriefCam. based in Farmington, Massachusetts, told the GCN technology website, explained how it works. “If you have 10 hours to investigate on a specific camera, the software will take it to a 10-minute clip…events that occurred during those 10 hours will be presented simultaneously.”

Gavish, who is the former deputy head of security for the office of the Israeli President, said each event is “tagged” and marked with a time stamp on screen, so the viewer is watching events that happened hours apart, at the same instant.

“We are the search engine for video,” he added.

“Most of these large cities have already been going down the path to do exactly what everybody’s wondering if they’re going to do. They’re not just putting in thousands of cameras, they’re putting in tens of thousands of cameras.” said David Gerulski, vice president of Texas-based BRS Labs, which installs artificial intelligence systems for video surveillance.

He said that the old-fashioned surveillance camera do not play a major part in helping to uncover terrorism or thwart crime and many cities simply “shut them off.”

BriefCam’s product is in use in the United States, Israel, China, Taiwan and other countries and was used after the massacre in Oslo in 2011, in which 87 people, including children, were murdered.

In the case of the Boston Marathon bombings, U.S. Park police technological service direct David Mulholland explained, “There may have been 500 people who walked in that general area, but the analytics piece will ignore that and flag anything that changed in that one specific area, such as a backpack being left behind. So instead of spending 20 minutes looking at video in which nothing happens, the investigator can hit a button and in 30 seconds go to the area of interest and then begin to dissect what actually happened. 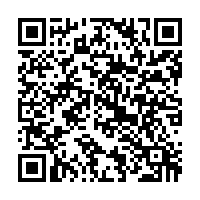