A NY Times article Saturday morning revealed that “Israel is moving forward with development of Jewish settlements in a contentious area east of Jerusalem, defying the United States by advancing a project that has long been condemned by Washington as effectively dooming any prospect of a two-state solution to the Israeli-Palestinian conflict.” The Times is right, and Washington is right to be alarmed, because once the E1 zone is built and populated, the southern and northern halves of what is popularly known as the “West Bank” will be permanently severed from each other.

Of course that ignores that Israel can build a series of bridges and tunnels to ensure contiguity, if needed.


The E1 Neighborhoold is an area of some 3000 acres, stretched between Maale Adumim and Jerusalem. The area was appended to the city by none other than the late Prime Minister Itzhak Rabin, in 1994. The planned neighborhood, Mevasseret Adumim, will consist of 4,000 housing units, according to the Maale Adumim website.

At the moment, the Arabs are also pushing to create their own built-up sequence that would occupy the territory from Ramallah to Jerusalem and east of the city toward Bethlehem. Should area E1 be built and populated by Arabs, Israel can kiss good bye any plan for preserving a resilient settlement block east and south of Jerusalem. Once a Palestinian state is established, the Jewish towns south-east of the city could become isolated from “mainland” Israel. And this dense Arab construction would be too close for comfort to Jerusalem from the east.

Most importantly, Palestinian construction in E1 could potentially cut off Ma’aleh Adumim, the Dead Sea, and the Jordan Valley from Jerusalem, a definite goal of the Palestinians.

If the Palestinians have their way, once the E1 zone is built and populated, the east and western halves of what is popularly known as the “West Bank” will be permanently severed from each other as would be Israel’s quick and safe strategic access to the Jordan border in times of war.

According to Saturday’s Times, Israeli officials authorized construction of only 3,000 housing units in “parts of East Jerusalem and the West Bank.”

(YY: I’ve always maintained that the historic Labor movement was by far friendlier to Jewish settlements than the Likud. It also never removed Jewish families from their homes.)

The real estate is the property of the State of Israel, free and clear of residents, of claimants, of disputing heirs and all the rest of the silliness that accompanied some Jewish settlement in other parts of liberated Judea and Samaria. It was Rabin, no dove by any stretch of the imagination, who correctly defined the area as strategically significant, and initiated its construction to connect between Maale Adumim and Jerusalem.

The Times reported that “a day after the United Nations General Assembly voted overwhelmingly to upgrade the status of the Palestinians, a senior Israeli official said the government would pursue ‘preliminary zoning and planning preparations’ for a development that would separate the West Bank cities of Ramallah and Bethlehem from Jerusalem.”

At which point the Times wails: “If such a project were to go beyond blueprints, it could prevent the creation of a viable, contiguous Palestinian state.”

According to the Times, Secretary of State Hillary Rodham Clinton, in a Saban Forum speech on Friday night, criticized Israel for planning the construction – bit didn’t refer to any settlement by name. “These activities set back the cause of a negotiated peace,” Mrs. Clinton said.

You bet. As does a unilateral appeal for a UN resolution to turn the PLO into a state.

Israel gave the United States only a few hours’ notice of the plan, says the Times.

Netanyahu’s office declined to comment on the zoning and construction decisions, which were made Thursday night around the time of the General Assembly vote. 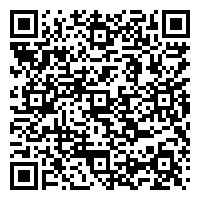