What does one say on such an occasion?


“Would you care for some dog?”

“Yes, it was actually Kenya. Now I’ll have to kill you.”

“Why don’t you buy yourself an island and become their president?”

“We were looking for a good nuclear waste dump and, guess what, Utah’s name came up.”

“I could really use your clout in negotiating with the Republicans…”

That last one would probably sting the worst. Unlike senator McCain, who kept his day job back in 2008, Romney is just going to have to retire with nothing to his name other than $300 million, give or take.

And he doesn’t even drink or smoke. I can’t believe only 30% of the Jews voted for him. What’s wrong with you, people?

Meanwhile, President Obama will be preparing to go after Netanyahu for the expansion of Jerusalem all the way to Maale Adumim, virtually scrapping the idea of a contiguous Palestinian state.

“Care for some dog?” 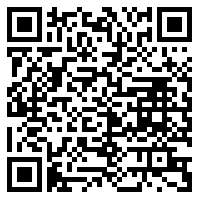