Some 100 aircraft, including fighter jets, transport, and refueling aircraft, took off overnight Wednesday in a long-range practice flight over the Mediterranean, simulating an attack on a distant enemy state, Kan 11 News reported. The planes took off from several Air Force bases and flew over Cyprus. The exercise took place at the end of a month-long IDF war training, which this week moved to Cyprus soil.

The training, as well as the massive flight exercise, are part of Israel’s top security policy that significantly increased the military’s level of readiness to attack Iran. The policy involves long-range training and procurement of new refueling aircraft and advanced weapons.


Israel’s increased preparations for an attack on Iran are being made against the background of the deadlock in the nuclear talks between Tehran and the Western powers. The IDF currently has several attack plans for Iran, but preparations for them have not yet been completed. According to senior security officials, the military needs at least a year to complete its preparations for the most basic plan and a longer time to prepare for the best plan.

Last December, the IDF presented to the political echelon several different scenarios for a possible attack on Iran but stressed that it’s difficult to determine the results, most importantly the impact on Iran’s nuclear program. The IDF requested and received a budget increase of NIS 9 billion ($2.7 billion) for the preparations, including significant procurement of advanced armaments, training of the Air Force, and collection of precise attack targets by the Intelligence Division. The IDF stressed to the political echelon that it intends to be prepared and ready to attack Iran on the day the government gives the order.

The IDF estimates that Iran has increased and improved its air defense system in recent years so that a possible attack would require higher abilities and accuracy. In recent years, the Iranians have also succeeded in significantly increasing the number and range of their long-distance missiles that can easily reach any point in Israel. In response, the IDF has signed contracts worth billions of shekels in the past year in favor of strengthening and expanding the air defense system nationwide.

The IDF estimates it has thwarted about 70% of the arms shipments from Iran, Syria, and Iraq to Lebanon. The tight Israeli control over its access to Lebanon has forced the Iranians to transfer weapons in smaller shipments, using civilian flights Israel is unable to shoot down, but overall, the Iranian presence in Syria, as well as Hezbollah’s accurate missile project, were damaged. However, despite those drawbacks, the IDF believes that Hezbollah has succeeded in increasing its arsenal of accurate missiles.

Here’s a scoop: the military told the politicians back in December that its preparations include not only training for an attack on Iranian nuclear sites, but also preparation for the consequences of such an attack – most notably fighting locally against Iran’s terrorist proxies, Hezbollah and Hamas. In such a situation, the IDF is preparing to exact a heavy price from the terrorist organizations and decimate both their membership and infrastructure. 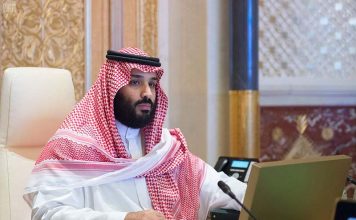 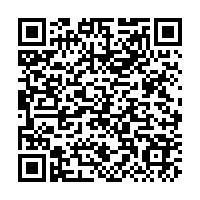