Six security prisoners, all of them residents of Jenin, escaped from Gilboa (Shatta) Prison on September 6. Among the escaped prisoners was Zakaria Zabeidi, the former commander of the al-Aqsa Martyrs Brigades in Jenin (6 Security Prisoners Escape, Including Commander of Al-Aqsa Martyrs’ Brigades).


Immediately following the escape, the Prison Service set up a team of experts consisting of engineers from the Defense Ministry’s Engineering and Construction Division and experts from special IDF units who began locating vulnerabilities in the facility’s infrastructure. Based on their findings, it was decided to launch a campaign to strengthen and consolidate the prison infrastructure, based on the army’s recommendations and extensive experience accumulated in the field of construction and underground.

The project will include bolstering the prison cells’ walls with cement and improving their protection in order to prevent a future escape. In the coming days, the engineering mapping procedure in the prison will be completed, after which the engineering and construction department will begin the protection work.

According to the Defense Ministry, this is a project of great importance, which combines the experience of professionals from the various organizations in order to increase the security of the facility and bring it to the required standards in the prison service to prevent escapes or structural damage in the future. 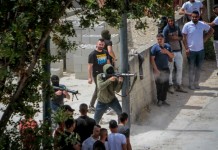 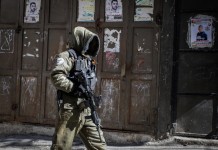 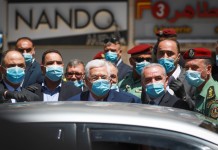 PA Chairman: We Have No Choice But to Avenge the Squad Israel Eliminated