The two leaders discussed the Iranian nuclear threat, and Bennett asked his Australian counterpart to work toward the strong condemnation of Iran at the International Atomic Energy Agency Board of Governors meeting that is due to take place later this month.

The Prime Minister also requested that Australia officially define Hezbollah, in its entirety, as a terrorist organization, an issue that is currently on the agenda in Australia.

Prime Minister Bennett thanked Australian Prime Minister Morrison for his country’s long-standing support of Israel in the international arena. The two discussed ways to enhance and upgrade bilateral relations, especially regarding climate innovation, and PM Bennett invited PM Morrison and his wife to make an official visit to Israel.

“I am delighted to meet you. We view you personally as a friend and a supporter and of course, we view Australia as a huge friend,” Bennett told Morrison, adding, “I’m looking forward to strengthening our relations and as you said, there’s a vibrant and a very lively Jewish community in Melbourne and Sydney.”

On the issue of climate change, Bennett said: “We set our pledge to zero emissions by 2050. It ought not to be a political issue. It’s not between left and right. It’s really for our future and I think our unique contribution is not our footprint because we’re a pretty small country. It’s really harnessing the energy of ‘the start-up nation’ to saving the planet. ” 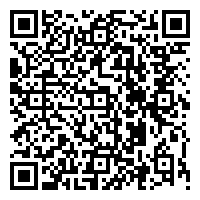