Monday was the deadliest day so far in the US, with 100 new coronavirus deaths reported.

As of Tuesday morning, there are at least 42,660 coronavirus cases in the US, with about half of them in New York State. 2,774 cases were added in the US on Monday; 589 Americans have died from the pandemic, 295 have recovered.

In Israel there are 1,656 cases as of Tuesday morning, as 214 new patients have been added. Thank God, only one Israeli has died so far; 49 are recovering.

The number of people in recovery from the coronavirus is also rising worldwide, and with 1,052 patients reported healthy on Monday, there are now 102,357 people on the planet who have beaten the virus.

Unfortunately, Monday also saw new 9,689 patients, setting the over all number of humans who have contracted the virus at 386,204.

NYC Comptroller Scott Stringer announced that the city’s tax revenues are expected to drop by between $5 billion and $6 billion over the next 15 months, taking the city’s budget down with them.

Israel’s Bureau of Employment reported Tuesday morning that 31,146 new job seekers enrolled since Monday afternoon. On Sunday, 38,016 people registered in the bureau. Since the beginning of the month, 615,834 new job applicants were registered with the Employment Service, 91% of them on unpaid . The unemployment rate is 18.6% of the labor force in the economy, after several months at less than 4%. 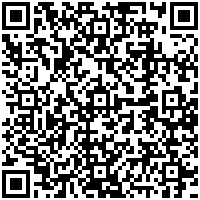