See update at the end of the article.

Ahead of a Supreme Court hearing on Tuesday, seven families of Arab squatters who had waged a legal battle against their eviction from their Jewish-owned Sheikh Jarrah neighborhood signed an arrangement that grants them the status of a protected tenant, which means they acknowledged that their homes are Jewish property. (Update: They’ve since retracted, following pressure from the Palestinian Authority).


Following the legal battle over ownership of several homes in the Shimon HaTzadik neighborhood (Sheikh Jarrah’s Hebrew name), the Jerusalem District Court ruled that the Jewish owners have rights to the homes where the Arabs live illegally, following which eight Arab families in the neighborhood appealed the decision to the Supreme Court.

Supreme Court Justice Dafna Barak-Erez proposed a compromise according to which the homes would be transferred to Jewish hands, while the Arabs living in them would be declared protected tenants who may not be evicted. According to the proposed arrangement, each Arab family in the neighborhood would deposit an annual rent of NIS 2,400 ($766) in the account of the Nahalat Shimon Hatzadik company’s attorney, payments to be deposited for each year in advance. That’s $64 a month for a home in Jerusalem, folks – and they didn’t want to accept it at first, because it meant recognizing that Jews owned those homes.

Those lucky, lucky protected Arab tenants will pay the legal expenses in the two previous courts in the amount of NIS 30,000 ($9,576.18). It should cost them something – although I won’t hold my breath.

In the hours leading up to the court hearing, officials from Sheikh Jarrah and from outside the neighborhood were trying to persuade the families to revoke their consent to those $64 a month homes. Elements in the Palestinian Authority, including the Minister for Jerusalem Affairs, also spoke with representatives of the families in an attempt to persuade them to withdraw from the agreement and continue the struggle.

By the way, the squatter families’ lawyer, Sami Arshid, released a video in which he argued that the arrangement that the families would pay rent to Nahalat Shimon does not constitute an admission by the families that they recognize the association’s ownership of the homes, nor does it rule out a future claim by the families on the property.

Which is to say that some Arab lawyers have access to better hashish than others.

The legal rights of the parties themselves were resolved decades ago, in favor of the property owners. The owners in these disputes acquired their rights through an uninterrupted chain of transactions from predecessors in title in the 19th century. These legal rights were acquired under Ottoman law, and remained good through all different government regimes since then (British Mandatory, Jordanian occupation and purported annexation, and Israeli). No one seriously disputes the validity of the transactions through which the current owners acquired rights from their predecessors in title.

The tenants in these disputes acquired their leasehold rights through a chain from the Jordanian Custodian of Enemy Property in the 1950s. Their rights as leaseholders (not owners) were reaffirmed in several court rulings culminating in 1982 when Israel’s civil courts issued rulings adopting settlement agreements between the leaseholders’ predecessors in title and the owners. The rulings and settlement agreements established that the tenants had “protected leaseholds” under Israeli law (a status superior to ordinary leaseholds under Israeli, Jordanian, and British law) but that the owners still had good title ownership. The tenants enjoyed and continue to enjoy the benefits of the protected tenancies until today; this is why their leaseholds continued uninterrupted for more than half a century, until the recent expiration of the leases (in some cases due to serious breaches of the terms of the lease, in others due to the natural expiration of the lease rights). The squatters, of course, possess no legal rights at all.

The only break in the owners’ uninterrupted chain is the sequestration of the properties from 1948 to 1967 by the Jordanian Custodian of Enemy Property. Jordan, which had illegally occupied eastern Jerusalem and the West Bank during its illegal invasion of Israel in 1948, denied Jews the right to exercise any property rights over land in the Kingdom during the entirety of its 19-year occupation (Jordan has continued this discriminatory practice to date).

Having expelled all Jews from the lands it occupied, Jordan transferred custody over all Jewish-owned property to the Jordanian Custodian of Enemy Property. In accordance with the British legislation on enemy property on which the Jordanian law was based, Jordan’s sequestration of the enemy property only extinguished owners’ rights completely if the state seized title by eminent domain or if the Custodian transferred title to someone else. Importantly, in the case of the Sheikh Jarrah properties, the Jordanian Custodian did not purport to transfer ownership of the properties to anyone else. Instead, the Custodian leased some of the properties to Palestinian Arabs (the predecessors in title to the current overstaying tenants).

After the Six-Day War of 1967 ended Jordan’s occupation of eastern Jerusalem, Israel adopted legislation that vindicated the private property rights of persons of all ethnicities. The 1970 Law and Administrative Arrangements Law (Consolidated Version) preserved the rights of private parties who received the title from the Jordanian Custodian of Enemy Property, notwithstanding the illegality of Jordan’s occupation. (Persons who received rights from the Jordanian Custodian were all Arabs since Jordanian law denied property rights to Jews.) Where the Jordanian Custodian had held custody over the sequestered properties through 1967, the 1970 law assigned custody to the Israeli Administrator General and Official Receiver with instruction to release custody to the property owners. And where Jordan had seized the property by eminent domain for public use, the 1970 law assigned ownership of the property to the state of Israel for the continuation of the public use.

Following a visit by senior Palestinian Authority and Fatah officials to the 7 families, the families announced on Tuesday afternoon that they now reject the compromise they had agreed to earlier, according to a report by Khaled Abu Toameh.

The families in Sheikh Jarrah announced that they have all rejected the compromise. pic.twitter.com/xwin3ESm8Z 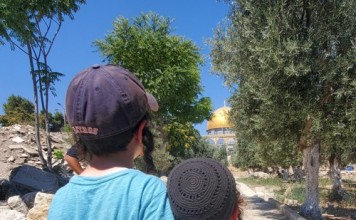