Hundreds of teenagers from the JFS Jewish school in the UK painted and renovated bomb shelters in the third district in Ashdod Wednesday for use by the tenants should it become necessary, God forbid. The youth came to Ashdod as part of the “Making a Neighborhood” volunteer project and in collaboration with the Jewish-British philanthropic organization JNF-UK.

The date was set by JNF-UK, as a day of giving for hundreds of Jewish students from the United Kingdom who are staying in Israel as part of a special educational summer tour connecting the young Jewish generation in Britain to the State of Israel.


The students who are visiting Israel were divided into two groups, one came to the Gevim school in Be’er Sheva as part of the “Do It Yourself” volunteer program, installed shelves and benches, and improved the schoolyard; the other went to Ashdod’s third district and renovated six bomb shelters as part of a renovation project of 270 shelters conducted by the “Making a Neighborhood” organization.

Melanie, a London schoolgirl who also took part in the project, said: “It was sad o hear from the neighbors about the missiles and that they had to go down to the shelter quickly to protect themselves, it’s just inconceivable.”

Shelly, whose parents emigrated from Tel Aviv to London, said, “Every time I came to Israel, I only saw Tel Aviv, Jerusalem, and Haifa. Suddenly, I see Ashdod, a city and people I do not know and it is just amazing to see all parts of Israeli society.”

Racheli, who lives in London and whose two sisters serve in the Border Police and the mixed-gender combat unit Karkal, said her parents know Israel well, “but asked me to be careful while I was in Israel and look to all sides.”

Another student said it was just fun to come to Israel and help people in the place she loves the most in the world.

Adam, the group instructor and a graduate of the JFS school, who has suffered more than one antisemitic derision because of the Star of David necklace that he always wears proudly, said: “I have often been told to go back to the gas chambers, your place is in Poland, and I am now here in Israel, helping my brothers live safely, it’s just fun.”

Jonathan Galon, CEO of JNF UK in Israel, said: “As part of the vision of JNF UK, we emphasize the promotion of social projects in the periphery such as the use of shelters in distressed neighborhoods and the renovation of schoolyards to restore a sense of security and social cohesion.” 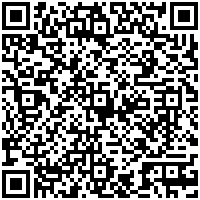