Almost 80 years after Piotr Sanevich and his family saved a Jewish boy named Dimitri Schmeiger from the Nazis, Sanevich’s daughter and seven grandchildren fled the bombings in Ukraine for Be’er Sheva, where Schmeiger’s family lives today.

Anatoly and Lydia Odarchuk fled to Israel from Rivne in Ukraine with seven of their nine children when the shelling began. Lydia’s father was recognized as Righteous Among the Nations for risking his life to save Jewish children during the Holocaust.


“We had a happy life in Ukraine,” said Lydia. “Until the last moment, we didn’t believe that a war could break out. The decision to leave was very difficult because it’s our homeland and we had to leave for an unknown length of time. In Israel, we discovered many good, caring people who helped us. The vouchers will be a great help in purchasing the things that we need because our family is very largeץ”

Ksenia Sukhenko (31), fled with her two daughters from the city of Dnipro and was eligible to receive the gift vouchers: “With the explosions, we decided to leave immediately. During the escape to Israel, my daughters only ate bread and sandwiches. It was snowing and very cold. At the border crossing, they slept on the floor in a school until they approved for us to come to Israel, where my father lives”.

Sukhenko continued, “We arrived in Israel with almost nothing, with winter clothes and a bag of documents. For four months now, my father has been sleeping on an inflatable mattress, and I am with my daughters on a shared bed in a tiny flat. I need to start my life over. I hope that in the future, better days will come.”

As more and more refugees from Ukraine began experiencing financial difficulties, including family members of Righteous Among the Nations, the British philanthropic organization JNF UK and the Matan−Investing in the Community NGO, decided to help a thousand refugees with gift vouchers to purchase basic supplies totaling about half a million Shekels. The assistance will range from 1,000 to 1,500 Shekels, depending on the size of the family. The distribution will be carried out through the Tzav Hasha’a humanitarian aid administration, which operates under the direction of the Ministry of Welfare and Social Security and Magen David Adom.

The vouchers will help the refugees purchase the things they need beyond the food basket provided by the state. The refugees will be able to buy basic items including clothes and footwear, furniture, and household goods since many arrived without means and there are restrictions on working permission during their stay in Israel.

Samuel Hayek, Chairman of JNF UK said, “JNF UK took this important decision to help refugees who have fled the war in Ukraine to Israel. Our support for refugees in a joint effort between the Jews of Britain and donors from Israel is a great privilege.”

“Lydia’s father’s involvement in saving Jews in Ukraine during the Holocaust was a beacon of light in Mankind’s darkest time. It was an act of bravery, and we, the Jewish people, owe his offspring a debt of gratitude,” Hayek said. 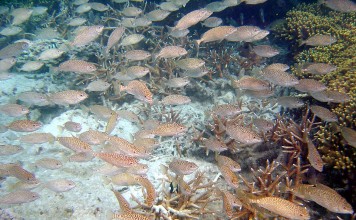