Palestinian Authority Chairman Mahmoud Abbas on Wednesday announced that he is ready to sever all ties with Israel if it continues to refuse to honor its agreements, WAFA reported.

Abbas was speaking to reporters at his Ramallah Muqata headquarters.

“If Israel does not abide by the agreements, we are going to cancel them all,” Abbas said in response to a question about reports that the Palestinian Authority may collapse under its financial troubles. Those troubles have resulted from the PA’s refusal to accept Israel’s withholding of millions of dollars in clearance revenues to offset the salaries paid to terrorists behind bars. Abbas decided back in February that it’s all or nothing, and now, like the nice reporter said, the PA is collapsing.

“If [Israel] continues in not honoring them,” Abbas threatened, “we will cancel all the agreements between us no matter what will happen.”

Meanwhile, PA Economy Minister Khaled Al-Assaily on Monday told Voice of Palestine radio that the PA will begin to take practical steps to free itself from economic dependence on Israel. According to Al-Assaily, the PA plans to set up a solar energy system to reduce dependence on Israel’s electricity company; encourage the consumption of Palestinian products; and continue to reduce referrals to hospitals in Israel.

The Minister of Economy did not specify a timetable for implementing these measures. As is common in cases of delusional fantasies, the ETA could well be never. Still, According to Al-Assaily, the PA is in advanced negotiations with the World Bank to promote the construction of a solar energy system.

The minister also spoke about the continuation of the policy of disengagement from the medical system in Israel. Ha’aretz reported Thursday that the Coordinator of Government Activities in the Territories confirmed that the PA had stopped transferring patients to hospitals in Israel. Only patients who had permits prior to Israel’s decision to offset terrorist salaries from the revenue transfers, back in February, receive treatment in Israel. The rest are referred to hospitals in the PA or eastern Jerusalem. According to Al-Assaily, patients will now be also referred to Jordan and Egypt, and the PA has been in contact with hospitals in Turkey as well.

PA patients are referred to Israel because the local health system, in Judea, Samaria and the Gaza Strip, are unable to provide many medical treatments, including complex surgeries, cancer treatments, and dialysis. 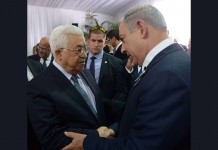 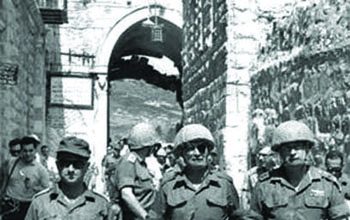 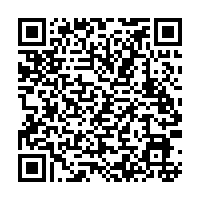