Last Tuesday, two Pentagon officials, Ronald Moultrie and Scott Bray, told a House of Representatives Intelligence Subcommittee the Pentagon is committed to finding out once and for all the truth about “unidentified aerial phenomena” – UAP, or UFO to you and me.

Also on Tuesday, the Daily Mail (EXCLUSIVE: ‘Keep your mouth shut!’ Army veterans recount how they were told to stay quiet after encounter with ‘alien craft’ as Congress holds first hearings into UFOs in half a century) presented a scoop from former US Army cavalry scouts Sergeant Travis Bingham, E4 Specialist Vishal Singh, and Private First-Class Dovell Engram, who had been deployed near the Israel-Egypt border in December 2014 and said one night they saw “eight bright objects hovering and zipping across the sky at incredible speeds from a desert outpost in Sinai.”


The three vets said they had been told by a senior officer to “keep your mouth shut.” So they did, fearing that reporting the event would be a career-ender.

Private Engram saw the UFOs first something strange while on watch in the guard tower one night and told the Mail he was “scared [expletive]less.” He radioed other Army outposts that were at least 200 miles away, and they, too, had seen the strange light show emanating above the desert.

Sergeant Bingham told the Mail: “The objects were glowing, you could clearly see them with the naked eye, and it was clear how fast they were moving. To this day, I’ve never seen anything like the craft, covering such distance with extreme speeds.”

Bray, who serves as deputy director of naval intelligence, told the Congressional committee a new Pentagon task force has so far cataloged 400 UFO reports. However, he was quick to add, “we have no material, we have detected no emanations, within the UAP task force that would suggest it is anything non-terrestrial in origin.”

Moultrie, who serves as US Defense Undersecretary for Intelligence and Security, consented at the committee hearing that “We know that our service members have encountered unidentified aerial phenomena, and because UAP pose potential flight safety and general security risks, we are committed to a focused effort to determine their origins.”

So, if you are an Area 51 dyed in the wool fand and familiar with the past 70-year record of the military’s response to UFO sightings, you know what’s coming next are more flocks of geese and weather balloons.

Bray showed the committee a UAP video clip showing flashing, triangle-shaped objects in the sky, which were later discovered to be visual artifacts of light passing through night-vision goggles. He showed another clip, featuring a shiny, spherical object cutting next to a cockpit window in mid-air, and admitted he couldn’t explain that one away.

Back in the Mail interview, Specialist Singh said the objects he had seen were blurry, one UFO stood out more clearly, a horizontal oval-shaped object the size of a jumbo jet.

“The craft and smaller objects began moving like fireflies, left, right, up and down,” Singh told the Mail. “They were turning everywhere instantaneously. They must have been 30,000 ft high in the sky. I cannot imagine any military that has this type of technology. We’re talking u-turns while at hypersonic speeds.”

Bray admitted to the Congressional committee that “there are a small handful of cases in which we have more data that our analysis simply hasn’t been able to fully pull together a picture of what happened.”

Congressman André Carson, a Democrat representing Indiana’s 7th district and the chairman of the Intelligence Subcommittee, told the two Pentagon officials they should take the UFO thing seriously. “UAPs are unexplained, it’s true. But they are real,” Carson insisted, suggesting the Pentagon focuses on the sightings that can be explained away as flocks of birds and “avoiding the ones that cannot be explained.”

He confronted Moultrie, asking: “Can we get some kinds of assurances that your analysts will follow the facts where they lead and assess all hypotheses?”

He then confessed to being an avid Science Fiction fan. Well, aren’t we all? 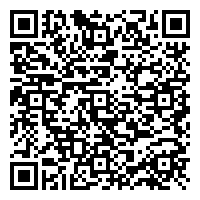