Monday, just before 3 AM, United Hatzalah volunteer EMT Shadi Shawar, who lives in the largely Muslim neighborhood of Beit Hanina and works as a manager in customer service in a supermarket, was just finishing his shift when he received an alert from United Hatzalah’s Dispatch and Command Center. An Arab man who had collapsed outside of the village of Al-Ram in the Palestinian Authority had been brought to the Qalandiya checkpoint by his family to receive medical aid.

Shadi ran to his car and drove as fast as he could from his supermarket to the checkpoint. When he arrived wearing his United Hatzalah vest he was welcomed by the driver who had transported the unconscious man. Shadi ran to the vehicle and with the assistance of security personnel at the checkpoint, he lowered the unconscious man to the floor. After a quick vitals check, Shadi determined that the man had no pulse and required immediate CPR. Without wasting another moment, Shadi attached a defibrillator and began compressions together with the security officer.


As the pair were alternating performing compressions, the defibrillator advised a shock, and a few moments later a second. The fight for the man’s life had begun in earnest. After delivering the second shock, an ambulance team finally arrived. They joined the effort to save the man’s life. Another few minutes went by and another two shocks were delivered from the defibrillator, interspersed with continuing chest compressions and assisted ventilation.

“I don’t know what happened to the man after he left,” said Shadi. “He was in his 30s and his family was distraught about him. I went over to the driver who drove him over and told him that everything that could be done for his relative was being done and that he was in excellent hands. I hoped that this would be helpful and that what I had done was enough to help save this man’s life. I’m not sure whether I will ever know the result, but I know that I did everything I could, and it gives me some satisfaction.”

Shadi said he was very happy to be a first responder, even if sometimes it means not knowing the final result of what happens to a patient. “I believe that everything that happens to a person happens for a good reason and it is good for that person in the long run. Me being a volunteer EMT with United Hatzalah is something that makes me happy and is an essential part of who I am. Without being able to be a volunteer EMT I don’t know what I would do. It makes me happy to do this type of work and help people and I will do everything I can to do so.” 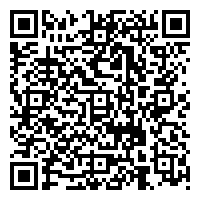