In response to a new Im Tirtzu report that revealed extensive United Nations funding to pro-terror and pro-BDS Palestinian NGOs (New Report: UN Paid $40 Million to Terror-Linked Palestinian NGOs), Israeli Ambassador to the UN Gilad Erdan said on Sunday that he will present the findings of the report to UN Secretary-General Antonio Guterres and will demand that the latter hold a debate on UN funding.

“The findings of the report are important and point to a known phenomenon that I am fighting in which the UN distorts and abuses UN mechanisms that are supposed to be objective,” said Erdan. “Instead it funds pro-BDS and pro-terror groups that incite against Israel under the guise of humanitarian activity.”


“I will present the report’s severe findings to the UN Secretary-General and will demand to hold a comprehensive discussion about all of the UN’s financing mechanisms,” Erdan stated.

The Im Tirtzu report revealed that from 2016 to 2020, the UN has funneled at least $40 million to radical Palestinian NGOs that have ties to terrorist organizations and promote BDS.

The report, which surveyed 19 Palestinian NGOs that receive funding from the UN, revealed that nearly all of them support BDS, and eight of them have ties to Hamas or the Popular Front for the Liberation of Palestine (PFLP) terror groups.

The UN responded to the report and argued that its funding was in line with its guidelines as Hamas and PFLP are not UN-designated terror groups.

Hamas and PFLP have been designated as terror groups by the United States, European Union, Canada, Japan, and several other countries.

Some of the terror-linked NGOs named in the Im Tirtzu report include the Union of Agricultural Work Committees and the Union of Health Work Committees, which have been identified by USAID as the respective agricultural and health arms of the PFLP, and the Palestinian Center for Human Rights that has ties to Hamas and PFLP according to Israel’s Ministry for Strategic Affairs.

The report further notes that the UN is not entirely transparent in its reporting. The UN reporting “often omits the ‘implementing partners’ that receive the funding to carry out the programs. This creates a situation in which millions of dollars in funding are unaccounted for,” Im Tirtzu asserted.

The report also highlighted the United States’ disproportionate role in UN funding, noting that the US funds 22% of the UN’s core budget and 25% of its peacekeeping budget.

“Support for terrorism and BDS is directly opposed to the values and wishes of the United States,” the report states. “In July 2019, the US House of Representatives passed an anti-BDS resolution by an overwhelming majority and to date more than 30 states have passed anti-BDS legislation.”

As a solution, Im Tirtzu advocated increased transparency and the passing of an UN-equivalent Taylor Force Act.

The Taylor Force Act, signed into law by President Donald Trump in March 2018, requires the US to halt its aid to the Palestinian Authority so long as it continues paying stipends to individuals or families of individuals who committed acts of terror.

“A similar law can be implemented in regards to the UN,” Im Tirtzu stated, “which would stipulate that the US will halt its aid to the UN so long as it continues to fund propaganda organizations that have ties to terrorist groups, promote BDS, and lobby international bodies against Israel.”

“Such a law would require the UN to cut its funding of these organizations out of fear of losing funding from the US, its largest donor.” 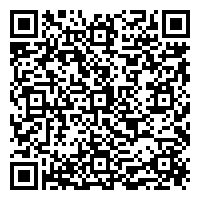