The Party Funding Bill, a.k.a. the V15 Act, after the US-funded leftwing NGO that targeted Prime Minister Benjamin Netanyahu for toppling in the March, 2015 elections, passed a preliminary Knesset vote by 37 to 26.

The law, initiated by Knesset Committee Chairman MK Yoav Kisch (Likud), defines, for the first time, “an entity which is active in an election campaign,” making it subject to the Campaign Finance Law which applies to political parties even though it is not one. The purpose of the bill is to “prevent an inappropriate intervention” of non-party entities in the elections to the Knesset.

Interestingly, the new bill which reflects the most liberal views on campaign finance in the US – in the 2010 Citizens United v. Federal Elections Committee the right-leaning Supreme Court struck down the limits on the ability of organizations that accepted corporate or union money from running electioneering communications – in Israel, the left has been hostile to the idea of controlling outsiders’ campaign spending.

MK Yoel Hasson (Zionist Camp) called the bill “Nothing less than a disgrace to Israel’s democracy,” describing it as yet another weapon for the prime minister, in his effort to take out all his detractors.

MK Tamar Zandberg (Meretz) said that if Netanyahu is after the idea of buying political victories, he should start by going after “Sheldon’s newspaper, permissible gifts, champagne and cigars” – referring to a few of the opposition’s gripes against the PM’s style of governing.

The accompanying explanation to the bill noted that the NGOs’ activities in 2015 and before “were not limited to mere voicing of opinions, which is certainly protected by the freedom of speech, but instead engaged in a series of actions that are typically undertaken by political parties as part of their elections campaign, including organizing activities such as collecting data and recording voters’ inclinations in order to set up transportation and encouragement efforts for ‘identified’ voters on election day. These activities were openly undertaken with funding from donors living abroad.” 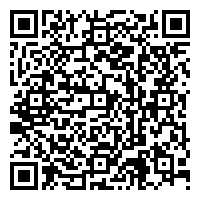