Police on Friday morning arrested James Vincent, 40, a Bronx resident suspected of involvement with the brutal assault on Menachem Moskowitz, an Orthodox Jewish man, in Crown Heights, Brooklyn. Vincent was seen taken out of the 71st Precinct in Crown Heights after being charged with assault, strangulation and unlawful possession of marijuana.

Moskowitz, 52, the father of 9 children, suffered a broken rib and a black eye after being attacked near Rutland Road and Schenectady Avenue in Crown Heights, on his way home from synagogue last Sunday. According to Moskowitz, what set the man off was the fact that he, Moskowitz, greeted him with a hello.

“Next thing I know, he started yelling: ‘I don’t say hello to fake Jews. Who did you say hello to?'” Moskowitz described the incident.

“He was punching me, tried to put me into a hold and tried to choke me,” Moskowitz said, adding that the attacker told him, “you deserve to die. I am going to kill you.”

“I’m scared to leave my house now,” Moskowitz told the NY Daily News last week. “My children are scared, too. I was thinking about my kids, my whole life. I thought I was going to die. I started to say my last prayer.” 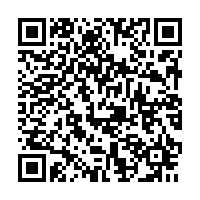