The International Physics Olympiad is the premier international physics competition for high school students that includes competitors from some 80 countries.

The letter, published on the official website of the BDS movement, was signed by Farjoun and 19 other academics who called Israel an “apartheid state” and urged foreign students and the organizers of the Olympiad to boycott the event.

“We call on all students and mentors from all over the world not to participate to (sic) the next International Physics Olympiad in Israel,” the letter stated. “We call on the boards of other International Science Olympiads to refrain from organizing their future contests in Israel, as long as it continues its military occupation and apartheid policy, in defiance of international law.”

So much for apartheid.

The letter also did not mention the fact that in 1924, when the Hebrew University was established, local Arabs declared a general strike of protest and raised black flags on their homes.

Farjoun, the only Israeli signatory on the letter, has a long history of anti-Israel activity. As early as 2006, he began promoting the BDS movement, including the international boycott of the Hebrew University, where he teaches.

Last month, ten Hebrew University professors were among the signatories of a letter sent to the German government urging them to reject their landmark “BDS is Anti-Semitism” law. Also last month, a senior lecturer in the university’s international program was recorded bringing guest speakers who accused Israel of being a “fascist” state and “torturing” Palestinian children.

Tamir Jacobi, a first-year student studying international relations, commented: “It is outrageous that professors at Hebrew University are able to promote BDS, spout anti-Israel rhetoric, and bully students with impunity. We came here to learn, not to be indoctrinated with anti-Israel propaganda.”

Matan Peleg, CEO of the Zionist organization Im Tirtzu, said that Hebrew University is “undergoing a moral and ethical crisis.”

“It is disgraceful that Hebrew University, which is supposed to be a beacon of academic light, has become a political incubator of anti-Zionist professors who devote their lives to attacking the State of Israel,” Peleg said. 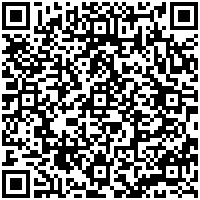