Unilever announced that it was ending the contract last year, after Ben & Jerry’s Israel refused to stop selling ice cream to communities in Judea and Samaria, including eastern Jerusalem.


Sa’ar approved the enacting of Israel’s Boycott Law, which was passed by the Knesset in 2011 and enables sanctions against companies that harm the Jewish state.

Sa’ar made the move in collaboration with Finance Minister Avigdor Liberman, and after Ben & Jerry’s Israel CEO Avi Zinger sent a letter last week calling on the government to retaliate against Unilever. Zinger claimed that the company was promoting the Boycott, Divestment and Sanctions movement yet supplying the state—including the Israel Defense Forces—with goods worth millions of shekels through its other subsidiaries.

By not acting, the government was “undermining Israel’s deterrent power,” which could cause “not only fatal damage to Ben & Jerry’s Israel, but to many other businesses in the future,” said Zinger.

Unilever has been suffering financial losses over the last several months, though not directly tied to its decision to stop selling Ben & Jerry’s ice cream in Israel.

Last month, the company posted $26 billion in losses, and earlier this month, it fired 1,500 employees and announced it was splitting off its ice-cream division from its food division. 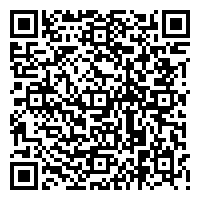