Binyamin Zomer, Vice President for Regional Affairs at the American multinational energy corporation Chevron, last week said the company estimates that the coming decade will see a 50% increase in global natural gas consumption, from 60,000 BCM to 90,000.

Chevron recently completed its acquisition of Noble Energy, which operates two gas fields off Israel’s coast. One of Chevron’s first moves last October, upon completing the purchase of Noble, was to turn off the flow of gas to the Israel Electric Company (IEC) and demand much higher prices (After Acquiring Noble Energy, Chevron Shuts Off the Gas to Israel, Demands Higher Prices).


VP Zomer spoke to the Special Committee for the Israeli Citizens’ Fund (formerly the Knesset Special Oversight Committee on the Fund to Regulate State Revenues from Levies on Gas and Oil Profits), chaired by MK Avi Dicter (Likud).

Under the Sovereign Wealth Fund Law passed in July 2014, the sovereign wealth fund can begin operating as soon as NIS 1 billion ($310 billion) has accumulated in it. Starting a year from that date, the fund is entitled to distribute 3.5% of its revenue each year for social, economic, and educational purposes, in accordance with the proposals submitted to it by the government and subject to approval by the fund’s institutions, headed by its council.

Committee Chairman Dicter said at the start of the meeting that the head of Norway’s citizens’ fund, which manages $1.3 trillion, had told him that in the fund’s first six of existence, “not even one dollar came in.” Today, MK Dicter said, “we are six years after the establishment of the Israeli Citizens’ Fund, and I suggest that we remain patient.”

MK Matan Kahane (Yemina) said that if Chevron’s estimation is correct, “we need to sell as much gas as possible, and as fast as possible because the consumption will decrease later.”

“We are sitting on a huge stockpile of vinyl records while the world has transitioned to digital music,” said MK Kahane. “If the forecasts are correct, we are in a window of opportunity.”

Delek Drilling CEO Yossi Abu said he believes Chevron’s entry has “changed our rules in the region.” Until now, he explained, “We have not been able to enter the global market, and Chevron’s dramatic capabilities will put us in the global LMG (Liquid Methane Gas) market.” In light of the massive traffic in the Suez Canal, the State of Israel can become the biggest hub in the world for storage facilities and the shipping of gas to locations all over the world, he argued.

Margo Aharonovitch, a student at the School of Sustainability at the Interdisciplinary Center Herzliya, called to reevaluate the plans to export gas. “I came here because I fear for our future,” she said. “Why are economic gains [viewed as more important] than our future? Gas pollutes! If, as the Minister of Energy has said, gas is a transitional source of energy, why is there no end date for the use of gas? This not the way to handle the climate crisis. The projects for exporting gas to the world tie the State of Israel to polluting fossil fuels for many years, and this will preserve the health-related damages and air pollution for many years to come. We demand that all these projects be canceled.” 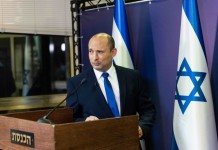 Bennett-Lapid Parity Government Ready to Roll, But How Will It Work? 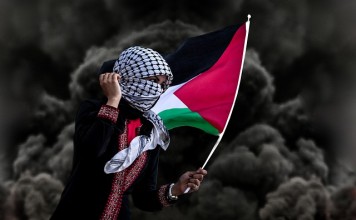