The Yakir award is given to individuals who have distinguished themselves with their contribution to the aims and goals of the UIA (Keren Hayesod), both in Israel and throughout the Jewish world. The criteria for receiving the award, according to the UIA are:

1. Long-standing, devoted service within the Jewish community on behalf of Keren Hayesod – United Israel Appeal
2. An exceptionally high-level or quality contribution, which significantly impacts on Keren Hayesod and the local Campaign
3. Leadership, personal example and bold initiative
4. Recruiting and training volunteer workers and conveying the special messages of Keren Hayesod
5. Unswerving devotion to duty, multi-faceted activity and an unflagging acceptance of the challenges facing Keren Hayesod and the Jewish people in Israel and the Diaspora

According to Bloomberg, Ye, 40, is founder and chairman of CEFC China Energy Company, a privately held business engaged in crude oil and natural gas production, industrial processing and financial services. According to the company website, it had sales of $35 billion from its core businesses in 2014.

Ye is also Chairman of China Energy Fund Committee, a Hong Kong-based think tank with consultative status with the UN; Chairman of the Academy of Chinese Culture; Director of the Shanghai Energy Security Research Center; Chairman of CEFC Shanghai Charity Fund; Economic Adviser to President of the Czech Republic; Political Adviser to the New People’s Party of Hong Kong; and Chairman of the Board of Trustees of the Institute for the Analysis of Global Security (IAGS). 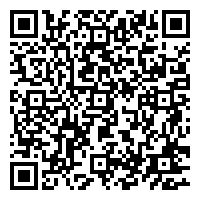