3. Fitch credit rating reaffirmed Israel’s credit rating at A+, based on the stability of Israel’s economy, balance of payment surplus, expansion of foreign exchange reserves, decline of debt-GDP ratio from 95.2% in 2003 to 62.2% in 2016, decrease of budget deficit, natural gas potential, etc. (Globes, April 26, 2017).

4. The Economist Intelligence Unit (April 1): “Israel’s recent strong overall economic performance…. Real GDP grew by 4% in 2016, set to persist for most of the forecast period…. Export growth will pick up in 2017-18.  Further increases in gas output and a modest recovery in exports, particularly in new and established markets in Asia…. The Israeli Shekel’s strength against the Dollar will continue to pose challenges for policymakers…. The Shekel remains strong against the Euro and the British Pound…. Trade deficit will narrow steadily….  The opening of new production facilities by Intel will further boost technology goods exports, and natural gas exports will begin by the end of the forecast period.”

5.  Adam Reuter, the Founder & CEO of Israel’s Financial Immunities: Against all odds Israel’s aggregate economic growth since 2008 – 35%, almost twice the OECD average; Israel’s GDP per capita is almost $36,000, 24th in the world (while population is much younger than all advanced economies); Israel’s foreign exchange reserves exceed $100bn, one of the highest per capita in the world; debt-GDP ratio reduced substantially; unemployment decreases below 5%; higher participation in the labor market (more ultra-orthodox and Arab participation); Israel is the global leader in research & development investment per GDP (over 4%), employing 140 per 10,000 in research & investment (the US is second, employing 85 per 10,000); Israel is one of only eight countries developing, manufacturing and launching space modules; Israel is a global co-leader (with the US) in the area of unmanned aerial vehicles and second global power in cyber technology; over 350 global companies operate research & development centers in Israel, which has become the largest industrial global laboratory; Israel’s economy benefit from the highest fertility rate among advanced economies and net-positive-migration (no need to import labor force, in order to sustain economic growth); Israel’s income tax is one of the lowest among OECD countries; Israel’s technology transformed the country from inherent irrigation deficit to surplus (almost 90% of sewage is recycled – drinking water standard – for agriculture); offshore natural gas development is already bolstering the economy; etc. 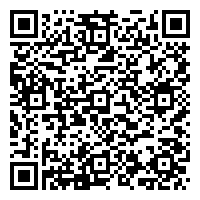