Highly regarded as one of the pre-eminent rabbinical figures in the worlds of Religious Zionism and Modern Orthodoxy, a book was released this week saluting the life’s work of Rabbi Dr. Shlomo Riskin. While he spent his early years as a rabbi in New York, Rabbi Riskin’s legacy is perhaps best known for his accomplishments in Israel where he established the educational network, Ohr Torah Stone, as well as serving as the founding rabbi of the community of Efrat.

The tribute work, entitled “Hokhma Lishlomo” (Wisdom for Shlomo) was edited by Dr. Baruch Sterman and Judy Taubes Sterman, and is composed of forty articles in English and Hebrew. Leading rabbis and community figures, many of them former students of Rabbi Riskin, authored the articles that salute his impact on the very face of modern Jewish thought and community-building.


In a book launch event held this past week in Efrat, Rabbi Dr. Kenneth Brander, current President and Rosh HaYeshiva of Ohr Torah Stone described Rabbi Riskin as someone who changed the very trajectory of the modern Orthodox movement. “While Rabbi Riskin defended halachic practice without compromise, he succeeded in revealing religion’s beauty to countless Jews. He recognized that our texts and customs needed to speak to each one of us or else Judaism threatened to die out as a relic of an ancient past. This, perhaps best reflected through his work in creating Ohr Torah Stone, proved to be his overwhelmingly successful approach to making Judaism accessible and beloved by so many. Recognizing his adherence and passion for text and his unparalleled impact on Judaism here in Israel and abroad, there is perhaps a no more fitting tribute to Rabbi Riskin’s life and legacy than this book of articles written in his honor.”

Rabbi Riskin addressed the release of the book saying, “First and foremost I express my gratitude to the One Above, who gave me the chance to live my life in His vineyard, as a student and teacher of Torah. My greatest blessing is that my students, men and women, will be blessed to continue to learn and be inspired by that Torah. For there is truly no better way to live one’s life.”

Published by Maggid Books in conjunction with Ohr Torah Stone, among the many prominent contributors to the book are MK Yuli Edelstein, Natan Sharansky together with Rachel Sharansky Danziger, and Dr. Erica Brown.

In one of his final articles, the late Rabbi Lord Jonathan Sacks’ piece entitled “A Crown for All to Wear” concludes, “Rabbi Shlomo Riskin was born into the crown of priesthood. He has more than earned the crown of Torah by being a model leader – a leader who learns and teaches, who innovates and inspires… May the Jewish people continue to be the beneficiaries of his exemplary leadership.”

And Now for Something Completely Different: Passover in Azerbaijan 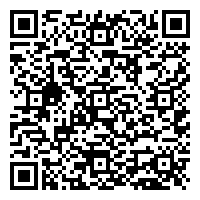