In a remarkable discovery, the first-ever in situ victims of one of the largest natural disasters witnessed in human history have been found some 3,500 years later. An articulated human and dog skeleton were discovered within tsunami debris along the Turkish coast which date back to the Late Bronze Age Thera eruption (modern-day Santorini), according to a new study published in the Proceedings of the National Academy of Sciences of the United States of America.

The study, co-written by Dr. Beverly Goodman-Tchernov, Head of University of Haifa’s Dr. Moses Strauss Department of Marine Geosciences and Dr. Vasıf Şahoğlu, a professor at Ankara University’s Department of Archaeology and Head of the University’s Mustafa V. Koç Research Center for Maritime Archaeology (ANKÜSAM), was conducted alongside researchers in Turkey, Israel, and Austria. Due to calibrated radiocarbon ages from within the tsunami deposit, researchers estimate that the artifacts are from no earlier than 1612 BCE. These findings also provide insight into how expansive this catastrophic event was for the region. This finding also gives researchers a better understanding of the chronology and history of the Late Bronze age.

“This discovery was the outcome of many years of excavations by my colleague Dr. Prof. Şahoğlu combined with sedimentological analysis to assess the deposit origins,” said the University of Haifa’s Dr. Goodman-Tchernov. “He invited me to come to Turkey to assist him to determine whether an ash layer at the site was linked to the Thera Eruption, and when I saw the section noticed that there were some similarities immediately below the ash layer to tsunami deposits I had seen elsewhere.”

The excavations were conducted within the framework of the Izmir Region Excavations and Research Project (IRERP) by an international team headed by Dr. Şahoğlu between 2009 – 2019 under the permits of the Ministry of Culture and Tourism, Turkey.

“We proceeded to study the deposit, which for many years frustrated and confused us until it became clear that our error was thinking that only a small part of the deposit was tsunami-related, and in fact, the tsunami deposit was much larger than we could have imagined,” Goodman-Tchernov continued. “Once we understood this, the entire excavation area fit together logically, and the discovery of the human skeleton was like receiving confirmation from the ancients.”

Researchers relied on a multidisciplinary approach using earth sciences, geology, and archaeology to uncover the discovery. The study reveals physical evidence that massive tsunamis descended upon the northern Aegean, contrary to the previously held belief that the region primarily suffered fallout from volcanic ash. The Late Bronze Age eruption along the island of Santorini was a critical event for the Mediterranean. It brought about a massive loss of life and property damage, as well as natural disasters in its aftermath, including earthquakes, pyroclastic debris flow and ash, and tsunami landfall.

Despite the magnitude of the event, remains of human victims were not found, until this study. Some scientists attribute this to pre-volcanic activity that prompted residents to flee the island, although many could have been incinerated at sea. Researchers found the remains in Çeşme–Bağlararası, about 200 meters from the modern Çeşme Bay and coastline. Back then, the region was a thriving coastal settlement with robust trade via land and sea.

The findings also suggest that survivors attempted to rescue and recover victims, represented by misshapen pits which were left behind. The human skeleton was found far below those pits, indicating that survivors probably couldn’t locate him at the time, and he was left behind.

In the aftermath of the event, the once-thriving community didn’t exist for at least a century. It is also one of many coastal settlements impacted by tsunamis, eruptions, and earthquakes, and understanding the nature of this site could uncover others.

“Natural disasters, whether eruptions, tsunamis, earthquakes, hurricanes, or plagues, have long been a part of the story of humanity,” remarked Dr. Goodman-Tchernov. “Every one of us is descendent from people who, whether by luck, skill, or accident of geography, managed to survive these challenges. Çeşme Man, and the remains from the rescue effort, give us an opportunity to time travel into the past and better understand what the people experienced at that time. Through this, we can better prepare for what is possible in the future by understanding what happened in the past.” 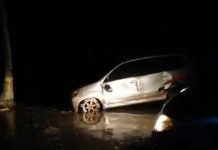 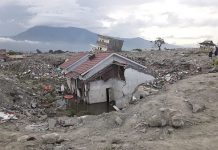 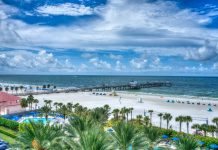 The Tamar Yonah Show: Is Hurricane Irma Part of the Messianic Process? [audio] 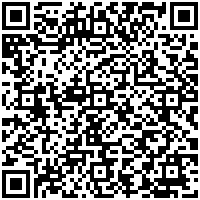