The Tel Aviv-Yafo Municipality lit up its building façade on Wednesday evening with the colors of the Lebanese flag in solidarity with the Lebanese people following the disaster in Beirut on Tuesday, generating controversy as opponents said it was displaying the flag of an enemy country.

“Humanity precedes any conflict, and our hearts go out to our Lebanese neighbors in light of the catastrophic event,” Tweeted Tel Aviv’s Mayor Ron Huldai.


However, Minister of Jerusalem Affairs Rafi Peretz said that “it is possible and necessary to provide humanitarian assistance to civilians injured in Lebanon, but raising the flag of an enemy state in the heart of Tel Aviv is moral confusion.”

He noted that “Lebanon has allowed Hezbollah to intensify and enables Iranian terrorist activities in its territory.”

Peretz was removed from his home in Gush Katif 15 years ago by the state of Israel during the country’s disengagement from the Gaza Strip.

Commenting on that, he said that “15 years ago we waved an orange flag. A flag of lovers who are in pain over the expulsion from their homeland, I have not seen this flag hoisted on the Tel Aviv Municipality.”

Jonathan Elkhoury, a Christian who was born in Lebanon and now lives in Israel, apologized “for not being thrilled by the gesture.”

“When we asked to light the city hall building in memory of 650 SLA casualties, and in honor of the SLA families living in the country the city refused,” he remarked.

He was referring to the South Lebanon Army that was supported by Israel and became its primary ally in Lebanon between in the fight against Hezbollah. It was disbanded after the IDF’s withdrawal from Lebanon in 2000.

He later explained that his “opinion is divided. On the one hand, it is the homeland, a nice gesture of solidarity and on the other hand, when we sought to shine in memory of the SLA casualties, and the partnership that lasted more than 20 years, we received a cold shoulder and refusal.”

Some shared a mock photo of the municipality lit up with the colors of the Hezbollah flag, instead of the Lebanese one.

Member of Knesset Ayelet Shaked said that “in a proper country, the orange color would have painted the Tel Aviv City Hall this evening as a reminder of the expulsion from Gush Katif.”

“Instead we received an enemy state flag. An inverted world I saw,” she added.

The Foreign Ministry Twitter account “Israel in Arabic” tweeted the picture of the building with the text: ” For the first time in the history of the State of Israel, the Tel Aviv Municipality building was lit up with the colors of the Lebanese flag, and this is in solidarity with the Lebanese people in general and Beirut residents in particular in the wake of the tragedy of the port explosion.”

“Humanity first. From the heart of Tel Aviv, peace to Beirut,” it said.

Israel has offered Lebanon humanitarian aid, but the country has yet to respond.

In Lebanon, citizens have responded on the offer to aid and the solidarity flag with responses ranging from disdain to outright disgust.

#لا_نريدها only in the darkness we can see the stars and so it is to my beautiful beirut we'd rather to die ????than surrender to your help

Nothing better than seeing the Lebanese Flag in Israel.
I wonder who cares less about us Israel or our Government ??#لا_نريدها pic.twitter.com/65vPQVk7Tm

just a pathetic attempt to pinkwash thier crimes ..we don’t want your support you filthy bastards #لا_نريدها 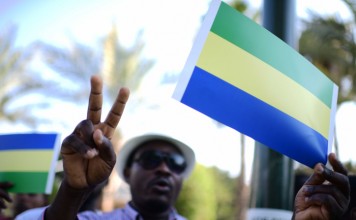 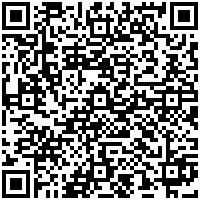