The European Union-funded illegal shed that was built in a yard belonging to a convicted terrorist in Gush Etzion has been razed, Im Tirtzu revealed on Wednesday.

Rizq Salah, who in 1990 murdered IDF soldier Guy Friedman, was released by Israel in 2013 as part of a US-mediated initiative to resume peace talks between Israel and the Palestinian Authority.


In 2019, the IDF Civil Administration gave Salah permission to cultivate land in Gush Etzion near the Jewish community of Netiv Ha’avot. Im Tirtzu’s Arab Desk later revealed that Salah erected on his land illegal structures that bear the logo of the European Union. The structures also bear the logos of Oxfam and the Rural Women’s Development Society, a Palestinian NGO (Trifecta: Convicted Terrorist Builds Illegal Structures in Gush Etzion with EU Money).

According to Im Tirtzu, representatives from the Civil Administration acknowledged that the structures built by Salah were indeed illegal and needed to be demolished.

Many in Israel have long decried the European Union’s funding of illegal Palestinian construction in Area C of Judea and Samaria, which critics view as a means to establish a de facto Palestinian State.

Im Tirtzu CEO Matan Peleg blasted the EU and called on the Civil Administration to immediately demolish the illegal structures.

“This is yet another instance in which the European Union is using the hard-earned taxes of its citizens to harm Israel’s security,” said Peleg, and added: “The EU needs to end its sick obsession with the Jewish State and stop funding anti-Israel projects and NGOs. Israel is not a punching bag on which the EU takes out its anti-Semitic aggression. We call on the Civil Administration to immediately demolish these structures and put an end to the rampant illegal construction in Area C.”

Well, the shed is down, as can be clearly seen in the image provided by Im Tirtzu. May the year 5782 be free of all illegal, EU-funded sheds, schools, homes, and roads in Area C. It’s not exactly sovereignty, but it’s something. 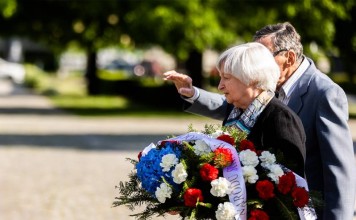 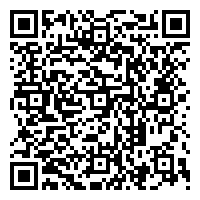