After WWI, Great Britain was highly motivated to stage an international exhibition. Notwithstanding victory in “the Great War,” the nation faced serious economic problems at home; its withdrawal from India had marked the end of the much-vaunted “British Empire;” and its place in the world was being challenged by several nations, including the United States.

As such, the purpose of the Wembley Exhibition of 1924-25 was to cultivate closer political ties between Britain and its territories, to provide an educational extravaganza to remind the British people of the continuing importance and relevance of the Empire, to boost the economy and trade, and to demonstrate British prominence at home and abroad.


The Exhibition, which cost £12 million and was held at Wembley Park, was the world’s largest ever presented, and both the famous Wembley Stadium and the world’s first bus station – designed to handle 100,000 passengers a day – were built specifically for it. There were 17.4 million admissions in 1924 and 9.7 million the following year; however, the Exhibition was not a financial success. To the delight of architects, the concept for the Exhibition required buildings in a variety of styles – including, as we shall see, a unique design for the Palestine Pavilion – and, for the first time, reinforced concrete was used (for constructing the main building), earning Wembley Park the designation as “the first concrete city.”

Only commonwealths, colonies, and territories of the British Empire were invited – 56 (out of 58) British colonies/protectorates participated – and each was assigned its own unique pavilion reflecting local culture and architecture. Though the British Foreign Office opposed a Palestinian presence at the Exhibition because “Palestine is not, and shall not be in any form, part of the British Empire,” Herbert Samuel, who served as High Commissioner of Palestine from 1920 to 1925 and was the first Jew to rule Eretz Yisrael in 2,000 years, convinced the British government that a Palestine Pavilion would advance the interests of both Palestine and Great Britain.

Samuel had to assure the British Colonial Office that measures would be taken to prevent the Zionist representation at the Exhibition from being “overwhelming” and, as he wrote in the Pavilion Handbook, the purpose of the Pavilion was to promote both Arab and Jewish revivals in Palestine. However, as one commentator cogently noted, “it was difficult to convey a balanced image of a country where the population was in large majority Moslem but economic initiative was in Jewish hands.”

Not surprisingly, the Arab Press condemned the Pavilion as “a Zionist enterprise” designed to project Jewish superiority over the Arabs, and Pavilion funding sources ultimately derived exclusively from the Mandatory Government and Jewish donors, with no Arab contribution at all, though the Pavilion did also feature Arab culture in Eretz Yisrael.

The British government assumed direct responsibility for the Arab stalls and exhibits, but it assigned responsibility to the Jewish Mandate Government for the Jewish stalls, which consisted of two pieces: the “government stalls,” which showed the accomplishments of the Yishuv under the British Mandatory authority (schools, public health, rail and post offices, etc.), and the “Zionist stalls,” which were devoted to the building of the Jewish Homeland (Jewish trade, industry, agriculture, etc.). The participation by the Yishuv in the Wembley Exhibition forced it to consider, perhaps for the first time, how to present the Jewish image of Eretz Yisrael to the world. When preparations began in 1922, Samuel had already given considerable thought to the Pavilion image: “The peculiar position which Palestine holds can, in my view, but be given expression to by means of the architecture of this country” and “the building should have a dome devoid of any considerable ornamentation.” As is evident from the original postcards exhibited here, his ideas were ultimately followed in the construction of the building.

The Pavilion, which was designed to bring exotic Middle East life to Wembley, consisted of a long hall flanked by arcades on various aisles and with a domed, turret-like vestibule at each end. The entrance was painted to represent the Jaffa Gate, the opposite end was a reproduction of the Damascus Gate, and the interior was arranged like a typical street in old Jerusalem, showing small shops and typical of Old City shuks.

Visitors could view photographs, dioramas, artistic representations, and drawings of important places in Eretz Yisrael, and they could attend a broad variety of lectures on the architectural history of Jerusalem and how British and Jewish agricultural policies and techniques were rebuilding and redeveloping the land. In one annex, the Bezalel Academy of Arts in Jerusalem set up a stand where two Yemenite craftsmen demonstrated fine filigree work, and a second annex featured elaborate models of the Holy Temple, the Exodus Tabernacle, and the Dome of the Rock, which was constructed of Damascus mother-of-pearl. A view of the proposed Hebrew University of Jerusalem was also displayed. (It was inaugurated a year later on April 1, 1925.) Jewish companies exhibited a variety of agricultural produce including, particularly, Jaffa oranges, and attendees could also sample Palestinian wines and local tobacco. They could view articles of Eastern craftsmanship, including Hebron glassware, Jerusalem pottery, Nazareth lace, Palestinian olive wood, and other locally manufactured products, including soap from the renowned Shemen company. Shown here is a stunning and very rare original Fisher-Rubinstein photograph of Yad Avsholom (Absalom’s Pillar) sculpted from Shemen Menorah soap, which was exhibited at the Palestine Pavilion.

Soap and oil were mainstays of the economy in Eretz Yisrael through the beginning of the 20th century, and Shemen, among the largest and most cutting-edge plants in the entire Middle East, ran three major departments: an oil press for production of olive oil, linseed oil, and sesame seed oil; a distillery for distilling and processing the oil; and laundry and cosmetic soap manufacturing. Unlike most Jewish industrial operations in Eretz Yisrael at the time, the Arab community played an important part in Shemen’s development and operation, as it purchased raw material, primarily olive products, from Arab villages and sold its products in the local Arab markets.

Perhaps Shemen’s greatest competitor was Nablus, which was renowned for the exceptional quality of soap which, of great importance to the Muslim population, was manufactured without pig fat additives.  Shemen soaps, which were also free of pig fat, were less expensive than Nablus but not of the same quality so, in a clever early advertising classic, Shemen held its product out as “refined Nablus soap,” and its “menorah” trademark became broadly accepted as a sign of its purity and absence of pig fat.

In a December 31, 1924 report to the League of Nations, “His Britannic Majesty’s Government of the Administration Under Mandate of Palestine and Transjordan for the Year 1924” reported that: “The Palestine Government was invited to participate in the British Empire Exhibition at Wembley. Its Pavilion was thronged by visitors, and the commercial results were very satisfactory to the exhibitors.” Many viewed the Jewish role at Wembley as reflecting a rapprochement between Jewish and British interests. For example, in an April 25, 1924 piece, the Jewish Chronicle waxed enthusiastic about Jewish-British relations and what it could mean for prospects regarding the establishment of a Jewish state:

The inclusion within the Exhibition of the Palestine pavilion is…a token that, albeit embryonically, the Jewish nation has become part of the British Empire…. It were [sic] well for Great Britain to understand, and for the British Empire to appreciate, the immense moral gain they have acquired…in thus enfolding the Jewish Nation within their bosom. With a proper understanding of the true position on both sides, there is room ample and to spare for the development to the fullest degree of Jewish Nation aspirations consistent with the very best interests of the British Empire…. Thus the great exhibition, which has drawn together representatives from every corner of the Empire upon which the sun never sets, by the inclusion within it of the Palestine exhibit makes manifest to all that now subsists between the British Empire and the Jewish people. However, in the years between Wembley in 1924-25 and the New York World’s Fair in 1939, the British attitude toward Jewish/Palestinian participation in international fairs and exhibitions dramatically changed, reflecting the general tenseness regarding the Palestine Mandate, and any cause for optimism was proven sadly premature. Though the New York Fair organizers agreed to permit Palestine to participate under the aegis of Great Britain, the British rejected any such possibility. (See my Jewish Press article on this subject: “The 1939 Palestine Pavilion at the New York World’s Fair.”) 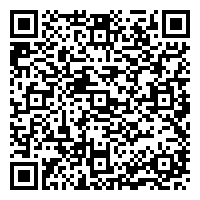