Justice Minister Ayelet Shaked said on Monday that she will have no choice but to appoint Supreme Court justice Esther Hayut as the next president of the Israeli Supreme Court, according to a report in NRG.

Shaked is giving the Supreme Court presidency to Hayut because no one else was brave enough to challenge Hayut for the job.


Hayut was the choice of the retiring leftwing Supreme Court president Miriam Naor, who has been fighting very hard to name Hayut as her replacement and get Shaked to rubber stamp the appointment.

Shaked was hoping to appoint any other candidate for the position, and specifically appoint a new Supreme Court president based on the candidate’s merit on not just their seniority, but it appears that option is off the table.

…and there is no other judge who wants to present their candidacy.

At an event called “Judges on the Bar” held at a pub in the Machane Yehuda Shuk on Monday, Shaked said regarding her decision, “Judge Esther Chayut is professional and worthy, and there is no other judge who wants to present their candidacy.”

Last week, a Ha’aretz editorial pointed out that no justice in his right mind would dare to challenge the heir apparent [Hayut] for the court presidency.

Which proves just how bad the seniority system really is for the Israeli courts and the state of Israel.

Still, Shaked has managed to appoint a number of conservative and non-activist judges to the Supreme Court, and there are still a few more she hopes to appoint in the coming year. During her term as Justice minister, Shaked has managed to shift the Supreme Court somewhat away from its far-left imbalance, created as a result of sitting judges, and not elected officials, having overwhelming influence in selecting their replacements.

Shaked said she still plans to have the seniority system reexamined.

Shaked is not the first Justice Minister to oppose seniority as the determining factor in appointing new Supreme Court presidents. Two Labor Justice Ministers, Yossi Beilin and Haim Ramon, as well as Likud Justice Minister Daniel Friedman, have argued for merit-based appointments, objecting to being turned into rubber stamps.

As Connie Mack reportedly said, “You can’t win them all.” 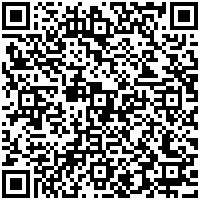