It was no longer possible on Tuesday to properly close the blue-painted, stern iron gates to the courtyard of the Israel Police station in Kfar Qasem, and at least one civilian security guard who was on duty overnight reached the morning hours completely traumatized, albeit alive. One cannot say the same for at least one of his attackers didn’t make it.

Central District Police spokesperson Ami Ben-David told Israeli Army Radio in an interview on Tuesday that he doesn’t know of any other place in the country where “hundreds of people storm a police station with rocks and fire and torch police cars.”

The comment — and the interview itself — followed a night of violence in the Israeli Arab city of Kfar Qasem that began when police attempted to detain a local resident and asked for identification. Police said the man resisted arrest and attacked the detaining officers. A mob gathered and a riot soon followed.

By morning, Israel Police had set up a checkpoint at the entrance to the community, to “maintain public order” and likely also to ensure that outside agitators didn’t begin to stream in to the city as well.

“We’re not going to treat this like ‘business as usual,’” Ben-David said bluntly. “No one, be they civilian leaders or citizens, will decide for the Israel Police whether or not to carry out a routine enforcement operation.”

A number of criticisms have been leveled by MKs from the mixed Jewish-Arab Israeli Hadash party, one of the parties belonging to the Joint Arab List faction of the Knesset.

Neither MK Dov Khenin nor MK Ayman Odeh has condemned the violence, although both have had plenty to say about the actions of police.

Their Israeli Arab colleagues in the Knesset have maintained a profound silence on the matter. 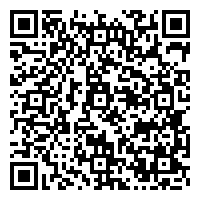