Colonel David Rokni, 85, served for 37 years in a row as master of ceremonies of the annual Independence Day torch lighting event on Mount Herzl. The oldest serving IDF officer, Ronkni should have been appointed Chief of Staff – to follow the logic being employed by Israel’s left on deciding the next Supreme Court President.

An Ha’aretz editorial on Thursday headlined, “Respect the Seniority,” argued that although “the seniority system, according to which the president of the Supreme Court is appointed as the oldest of the sitting judges at the time of the former president’s retirement, has never been anchored in legislation,” nevertheless “it has always been strictly observed by the Committee for the Selection of Judges and Supreme Justices. Opposition justice ministers such as Haim Ramon, Daniel Friedmann and Ayelet Shaked have occasionally tried to challenge it, but so far have not been able to force it to change. In any case, no judges have yet been found who would agree to compete for the president’s position against the president-designate according to the Seniority system.”

To summarize: in a system that already involves a large contingency of Supreme Court justices in picking court nominees, Ha’aretz praises the total elimination of the representatives of the sovereign citizens from the process, degrading not just the role of the people in choosing the most important member of the court, but any notion of merit system.

Elected officials who represent the will of the people – Justice Ministers in this case – are presented by Ha’aretz as the “Opposition” to the self-appointing and divinely governing justices, who have meddled with the sacred traditions of the court.

Moreover, in a system where merit is rejected, Ha’aretz even points to the fact that no justice in his right mind would dare to challenge the heir apparent for the court presidency as proof of just how solid said tradition has been.

Is it too late to note that President Assad is a big supporter of the seniority system?

Ha’aretz has nothing but scorn for Justice Minister Ayelet Shaked (Habayit Hayehudi) who dares to influence not only the process of picking the next justices (she’s won that one), but now is challenging the first-come first-lead seniority system. They even suggest that should the seniority qualification be dropped, the Justice Minister might get it into her head to check a justice’s record in deciding who would lead the court next. What chutzpah!

The problem is that a major coalition partner, Finance Minister Moshe Kahlon (Kulanu), for whom winking to the left might be his only way of surviving an election fight to the death against his natural rival Yair Lapid (Yesh Atid), has threatened to quit should Shaked introduce the “anti-democratic” move of seeking, say, a non-activist justice to lead the court, one who would concentrate on interpreting laws rather than legislating.

The mishmash of the branches of government is one of the things that drives American and other Anglo-Saxon olim batty when they make Aliyah. Notions of separation of the three branches of government and the role of the legislator as the representative of the people are lost on a population that is mostly European, Asian, and African, from countries where political strife is more likely to be resolved in street clashes than through the political process.

The solution to this problem, like many others, is in a mass immigration from countries with an instinctive respect for the rule of law and the sovereignty of the people. Until then, it’s Bolshevism all the way down. 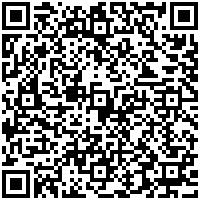