Sheep bones, goat bones, the bones of an African antelope believed by scientists to have been extinct 1000 years before the era in question, and even the bones of a crocodile, tell the story of the rise and fall of the Negev under Byzantine rule about 1500 years ago, according to a new study conducted at the University of Haifa and published in the prestigious journal Scientific Reports.

“The bones testify to the diet of the local residents and the diet is an unmediated testimony to the real life, culture, prosperity and finally demise of a society,” said Prof. Guy Bar Oz, head of the Archaeology Department at the University of Haifa, who led the study.

The Byzantine Negev settlements, which included Avdat, Halutza, Shivta and Nitzana, flourished in the 4-7 centuries CE until their abandonment in the seventh century CE following the Islamic conquest of the Land of Israel.

Last month, the research team of the Byzantine Cities of the Negev headed by Prof. Bar Oz announced that the collapse of the cities began in the middle of the sixth century, even before the Muslim conquest.

Now a new study led by Prof. Bar-Oz, together with Dr. Nimrod Marom of the Recanati Institute for Maritime Studies at the university of Haifa, provides additional detail to the story of the collapse, this time by examining the animal bones found in the cities’ trash heaps.

In the earliest period, around the 3-4 century CE, most of the bones found were of sheep, some of chickens and almost no wild animals.

In the middle period, which reflects the peak of the Byzantine expansion, most of the bones are of goats with a few pig bones as well.

At the close of the Byzantine period, the end of the sixth century and the beginning of the seventh century CE, most of the bones again belong to sheep, but with a significant increase in pig bones and bones and of wild animals.

Another characteristic of the bones is that farm animals were slaughtered at a young age, before completing the growth stage and reaching the optimal age for slaughter.

According to the researchers, these findings tell the story of the rise and fall of the Byzantine Negev.

They explain that sheep require a large amount of water and grazing land, and in the desert raising sheep usually means wandering among large grazing areas, that is, a nomadic society that grows sheep for eating or for commerce.

Goats need less water and grazing space, so you should raise goats in the desert when you have cultivated agriculture and you can’t wander. This is a more stable economy under the conditions of permanent residency and agriculture.

According to these findings, before the flourishing of the Byzantine empire, the Negev society was essentially nomadic, similar to the traditional Bedouin society. At the time of the Byzantine expansion, the economy of the Negev settlements grows stronger and they turn to large-scale agricultural crops. The return to the sheep economy in the middle of the 6th century shows once again that during this period the agricultural communities in the Negev are beginning to decline.

This disintegration was bound to reach deterioration: the abundance of wild animal bones indicates that the sheep were no longer sufficient for the inhabitants and so they started hunting wild animals.

The large number of pig bones also attests to a certain economic distress: the pig is an animal suitable for closed communities without grazing land, since it can subsist on the waste produced by the settlement.

The fact that the residents of the Negev switched to hunting was, as it turns out, very significant. Among the bones found during this period were the bones of a species of a large African antelope was once common in the country, mainly on the coastal plain and the northern Negev.

To date, researchers have assumed that this animal became extinct in this region in the seventh century BCE. Now it appears that it continued to exist in the Negev for another thousand years. Since the wildlife bones found in the settlements also contained very young individuals, hunting at the end of the Byzantine period may have been so extensive that it eventually led to their extinction.

And there was another unique finding among the many bones: the bones of the Armor of Crocodylus niloticus, the Nile Crocodile – the first and only one of its kind to have been found outside Egypt in the context of the Byzantine Empire.

According to the researchers, there’s no doubt that the crocodile was imported, probably from the Nile, for some communal purpose. 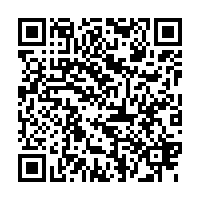