Omri Omassi, an Inspector in the Marine Unit of the Nature and Parks Authority in Eilat, has succeeded in documenting a female cuttlefish attaching her eggs to a coral on the north coast of the Gulf of Eilat.

The common cuttlefish is one of the largest and best-known cuttlefish species. They belong to the class Cephalopoda, which also includes squid, octopuses, and nautiluses. Cuttlefish have a unique internal shell, the cuttlebone, which is used for control of buoyancy.

Inspector Omassi said: “This is the third time I’ve had the privilege of documenting this squid during the fertilization process in the Gulf of Eilat. In all three times, the fertilization was carried out at the same location, where during the breeding season, the males fight to defend territory, and the females arrive to mate with the winner.”

The female keeps her eggs in her mouth and when she gets around to it she fertilizes them from sperm she stored in a temporary pouch, where it had been deposited by the male. In some species of squid, the females are known to mate with several males and only later choose which one of their deposits to use in fertilizing her eggs.

After completing the fertilization process, the female attaches the fertilized eggs to the reef bed in a transparent pouch containing hundreds of tiny squid. These squid hatch after a period of development and take to the open sea. Of course, not everyone survives. 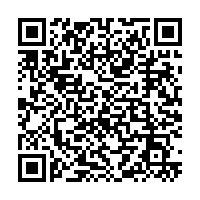