Pamela Geller, a controversial critic of radical Islam, has accused the Toronto Board of Rabbis for “loshon hara” in response to the clerics charging that she “is known for her extreme criticism of Muslims in language that is intended to shock and ridicule.”

The Toronto rabbis had criticized the Jewish Defense League of Canada for inviting Geller to speak at the Toronto Zionist Center on Monday after a Chabad rabbi surrendered to police pressure and cancelled her scheduled speech at his suburban Toronto synagogue.


The 50-member Board of Rabbis said it was “a strong supporter of freedom of speech for all, including Ms. Geller, [but] there was no sense in inviting her here to Toronto to speak before a Jewish audience.”

Calling her views “distasteful,” the Board added, “We dissociate ourselves from the actions of the radical fringe Jewish group that extended the invitation. We call for more events here in Toronto that will build up friendship and understanding between local Jews and Muslims.”

Geller blasted the rabbinical board for not contacting her or citing any quotes in her writings.

“Shame on you; shame on you,” she said of the board to applause. “They’re guilty of ‘lashon hara,’ the evil gossip that is a lie.” 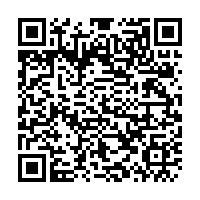