Preparations in Israel for President Joe Biden’s visit on Wednesday are in full swing, as can clearly be seen from these images we were sent by the Government Press Office.

Israel’s defense ministry has completed the preparation at Ben-Gurion International Airport. The ministry is responsible for facilitating President Biden’s welcome ceremony at the airport, where a secure compound was built to accommodate hundreds of participants including various officials and journalists. The designated area also includes a red carpet (100 meters long), some 150 seats, bleachers for journalists and photographers, and a stage for the podium.


The preparations took months for what may be recorded as the most frequently delayed visit of a US president. Rumors have it that even today, Biden’s schedule is not yet completely firm.

The visit will be a nightmare for those of you who live in and around Jerusalem. Much of the city will remain under siege at least partially through Friday, including King David Street, the bus station parking lot, Jabotinsky, Keren Hayesod, King George, The President, Gaza, Herzog, Shneur Hassin, Tzomet Beit, Sderot Herzl, Beitar, Agron, Kariv, Hebron Road, King Solomon, Hatzanhanim, Yitzhak Hanadiv, Bar-Lev, Tzahal Tunnel, Eshkol Tunnel, Naomi Shemer Tunnel, and Sderot Ha’Universita.

But if you don’t live in Jerusalem, don’t be so sure your life won’t be affected by Uncle Joe’s visit. On Wednesday, Route 1, the main highway from Tel Aviv to Jerusalem, will be closed to traffic in both directions from 3 PM until the evening hours, from the Shafirim Interchange to the Ginot Sakharov Interchange.

Also blocked to traffic: the exits from the toll highway, Route 6, at the Ben Shemen Interchange and the Nesharim Interchange toward Route 1 in both directions.

And then, on Thursday night, President Joe will open the Maccabiah games in Teddy stadium. Use your bicycle and order takeout.

Friday around noon time the nightmare will be over. Candle lighting in Jerusalem at 7:10 PM. 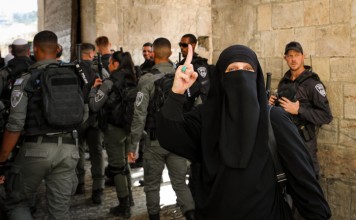 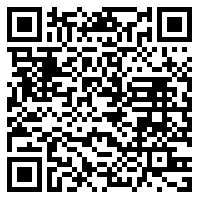