Health Minister and Meretz Chairman Nitzan Horowitz on Tuesday announced that he won’t be running in his party’s upcoming primaries for the chairman’s job. He said that he intends to run for a slate on the party’s list for the Knesset.

“After more than three years as Meretz chairman, in which I led the party in three election campaigns and also took it into the change government (that’s the first government in 12 years without Netanyahu at the helm – DI), followed by many achievements, I decided not to run for Meretz leadership this time,” Horowitz said. “I will not resign and will not leave political life. I will run on the list for the next Knesset, and will certainly continue my term as health minister.”


As we reported on Monday (Yair Golan: Calling You ‘Leftist’ Is Like Using the N Word), Deputy Minister of Economy and Industry Yair Golan is challenging Horowitz for the chairmanship of Meretz, and following the latter’s announcement is the likely new chairman – unless some in Meretz who dislike his confrontational style manage to persuade former chairwoman Zehava Gal-On to throw her hat in the ring.

Minister Esawi Frej was the first senior party official to respond to Horowitz’s announcement with a desperate call for Gal-On to come back from the cold.

On Monday, we cited Haaretz columnist Yasmin Levy who noted: “Meretz may think it’s beneath it to ‘get dirty’ in this war of tangible-existential consciousness, but Golan understands that there is no other choice if one wants to save democracy from Yariv Levin’s junta (Levin is considered Netanyahu’s consiglieri – DI),” Levy wrote, adding, “Meretz’s enemy was always its puritanism and excessive righteousness. … If Meretz thinks, despite this, that Golan does not deserve to lead it – maybe it’s really time for the party to go on an unlimited hiatus.”

Levy is convinced what Meretz needs to win is not another nice guy like Horowitz, but a leader who can play dirty, like Golan, who warns about Israel becoming like Nazi Germany and calls settler activists “subhuman.” 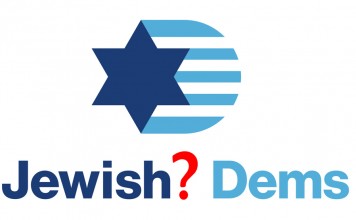