Over 500 people, diplomats and Jewish community leaders from across North America, came together Wednesday evening to celebrate 70 years of Israeli innovation at United Nations Headquarters in New York.

The event, titled “Israel at 70: Global Impact through Innovation” was co-hosted by Israel’s Minister of Economy and Industry, Eli Cohen, and Israel’s Ambassador to the UN, Danny Danon. It emphasized the contributions of the “start-up nation” to our planet. “Israel itself is a start-up,” Danon told the audience, “a powerhouse built from the ground up.”

The forum capped an eventful day for Israel at the UN. Hours earlier, shortly before the UN Security Council convened for an emergency meeting called by the United States to discuss the recent rocket and mortar strikes against Israel, Kuwait – a temporary member of the Council – had blocked a resolution drafted by the US condemning Hamas and Islamic Jihad for the attacks.

“I’m not used to seeing such warm friendly faces,” quipped Danon before describing how technology has become a bridge between Israel and other countries of the world. “The tiny Jewish nation has become home to the second largest start-up ecosystem in the world, after Silicon Valley,” he said. He explained how Israel is committed to meeting the Sustainable Development goals – for example, 90% of Israeli waste water is put to use through technology – as well as sharing its expertise with countries around the world. “We are here tonight to celebrate 70 years of using technology to save lives, 70 years of helping others achieve their highest potential, and 70 years of start-up miracles,” he said.

“But we’ve seen what’s happened in the last 24 hours,” continued Danon, referring to the recent attacks and the torpedoed UN Security Council resolution, “and we must not be intimidated by those who seek to isolate us or boycott our companies. I’d like to see how those BDS activists would operate without Waze.”

Rabbi Mendy Carlebach of Chabad Rutgers reflected the feelings of many of those present when he said that the timing of the day’s events made their show of support ever more crucial. “Hamas is lobbing rockets at Israel, yet many here at the UN are trying to condemn Israel instead the terrorists,” said Rabbi Carlebach, who had travelled from New Jersey for the evening, “I’m proud to be here supporting Israel and Ambassador’s Danon’s work at the UN.”

Presenters included Brigadier General (Res.) Dr. Dani Gold, head of Israel’s Defense Research and Development Directorate and developer of the Iron Dome missile defense system, and Mr. Ran Maidan, President and CEO of irrigation giant Netafim. The company is known for revolutionizing the industry in 1966 by producing the world’s first drip irrigation system, and remains a leader today in global irrigation solutions for sustainable agriculture. Robert Kraft, Chairman and CEO of the Kraft Group and a well-known supporter of Israel and Jewish causes, addressed the crowd as well.

Kraft, who also owns the New England Patriots, described how Jewish identity and love of Israel have been the two guiding forces in his life. “My father, Harry, was the greatest man I have ever known,” he said, “he lived his entire life by the values of Pirkei Avot [a compilation of Jewish wisdom and ethics]. “The fifth commandment says to honor your parents,” said Kraft, “and I have tried all my life to fulfil this by doing my best to follow in my father’s footsteps.”

Kraft said that from all the values that guided his fathers life, he chose three to try and live by: to respect all people, to dream big, and to do Tikun Olam – improving people’s lives, “Every night before bed I try to ask myself the question my father always asked himself – is there anyone better off for knowing me today?”

Israel’s Minister of Economy and Industry, Eli Cohen, echoed the Tikun Olam sentiment. “Israel is the nation of innovation,” said Cohen “but the measure of success is not solely numbers, it’s the ability to improve people’s lives. Israel strives to make the world a better place with its innovations and inventions.” He continued, “Today we present Israel’s significant contribution to the world, and there is no more appropriate location to mark this occasion than the United Nations, whose members, 71 years ago, voted in favor of the establishment of a Jewish State.”

Cohen pulled a kippah put of his pocket and gave a brief explanation of the head covering. He pointed out that kippah is the Hebrew word for “dome” and added, “but that’s not the only kippah we Jews have,” said Cohen, “we also have Kipat Barzel.” Kipat Barzel is the Hebrew name for Iron Dome, the missile defense system that intercepted most of the 40 rockets fired at Israel earlier in the week. As loud applause broke out, Cohen said “Hey I didn’t invent it. Dani Gold did,” and gestured to Dr. Gold, who received a thunderous 40 second standing ovation.

Michael Alexander, Director of Regional Affairs for the Consulate General of Israel in New York, believes that Wednesday’s event provided an important opportunity to showcase Israeli innovation, and show how its implemented around the world. “Due in part to the many challenges faced by their country, Israeli scientists and businessman have generated innovative solutions in an array of arenas, including medical, cyber, agricultural, pharmaceutical and security,” said Alexander.

Also in attendance were Dr. Ami Applebuam, Chairman of Israel Innovation Authority,Ohad Cohen, Head of the Foreign Trade Administration, and Adiv Baruch, Chairman of the Israel Export and International Cooperation Institute. The three, along with Cohen, are part of a governmental delegation in the US on an official visit to Canada and United States.

Danon thanked Kraft for a life’s work on behalf of the Jewish people, and concluded, “Ladies and gentlemen, what other nations consider a problem, Israel considers an opportunity. What they see as impossible, we see as a bump in the road. We look forward to continuing to utilize expertise and technology to improve lives around the world.”

The evening was emceed by Israeli actress Moran Atias, and also featured a rousing hip-hop violin performance by Miri Ben-Ari, creator of that music genre and a UN Goodwill Ambassador of Music to Brazil. 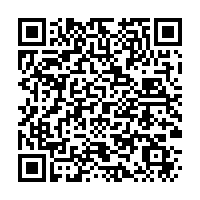