Blue and White party leader Benny Gantz formally accepted the mandate on Wednesday evening from President Reuven Rivlin to form a government for the State of Israel.

Gantz now has 28 days, beginning at midnight, in which to build a coalition to govern the country.

If he is unable to form a coalition government within that time, it is possible the country may be forced to head to a third election.

Gantz warned the Likud party in his remarks against just such an eventuality – after having worked in the past month to stop Netanyahu and the Likud from succeeding in their efforts to form a government in the first attempt.

“Those who try to drag Israel to a third election will be rejected by the people of Israel and will disappear from the political map,” Gantz threatened. “The citizens of Israel will not forgive those who put their own personal good first, ahead of the national interest.” Such as, perhaps, Mr. Gantz, who refused to cooperate or compromise with any proposal or suggestion?

“Against the backdrop of the election results, and the fact that no candidate received the support of 61 MKs, the fact is that giving the task of forming a government to one of the two candidates is not a solution in itself. We cannot absolve the two candidates and the factions of the responsibility for producing the conditions to break the impasse that we have found ourselves in,” the president said in handing the mandate to Gantz on Wednesday evening.

“I proposed a plan with the aim of clearing a path for Likud and Kachol Lavan (Blue and White) to establish a unity government. The road map I proposed is not perfect but it seeks to pave a way for a new government that takes the election results into account, as well as relations between the various parties and their supporters.

“A government can be established,” said the president. “There is no justification for imposing another round of elections, for the third time within a year, on the Israeli public. If a government is to be formed, everyone will pay a price. But if this is not the case, the citizens of Israel will pay the greatest price of all. The keys to forming a government in Israel are currently in the hands of all elected officials, of all parties. I call on all elected officials not to erode public confidence in Israeli democracy. In the name of this dear people, and for the good of Israeli citizens everyone I wish you success,” He added.

Members of the Blue and White party already reached out to their counterparts in the Likud party on Wednesday with an invitation to sit down Thursday in an initial meeting to discuss the possibility of a unity government.

Likud party sources said they plan to attend the meeting. 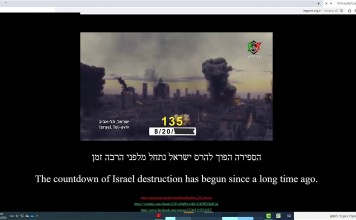