Following is an informational outline on the process for the formation of the 35th Israeli government, courtesy of Israel’s current, interim government. Sounds complicated, right?

3. If a request is submitted by a majority of Members of Knesset, the president must give the role to the MK stated in the request, within two days (Section 10 (2))

[Please note that they will also consider the Knesset has dispersed itself in a situation where an MK who has been given the task of forming a government at the request of a majority of Members of Knesset, has presented the government to the Knesset and the Knesset does not pass a vote of confidence in it.]

[On the assumption that MK Gantz uses all the 28 days given to him. If MK Gantz informs the president that he is unable to form a government earlier than that, the 11 Dec date will be brought forward accordingly.] The MK given the task of forming a government at the request of a majority of Members of Knesset will then have 14 days to form a government.

Bottom line: If nothing works out, the People of Israel will once again be sent back to the polls for an unprecedented third round of elections sometime next March. 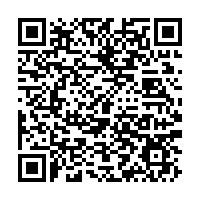