India has officially asked the State of Israel for medical assistance due to the overwhelming coronavirus crisis the country faces.

Delhi has asked for ventilators and vaccine materials. Israel’s Health Ministry has already prepared its recommendation to grant the aid, pending an assumed approval shortly from Prime Minister Benjamin Netanyahu.


Nearly 3,000 people die of the coronavirus each day in India, according to the latest reports, with the total death toll from the start of the pandemic having already passed 192,000.

The 1.3 billion population is now facing a disaster of epic proportions, with people “dying in the streets,” according to a report Monday by the New York Post, which said there are a total of 17.31 million COVID-19 cases in the country.

On Sunday, the country recorded a global record of 349,691 new daily cases due to a virulent “double mutation” of a pernicious new variant that has emerged there. But on Monday that record was broken, when India recorded another new global high for a fifth straight day, at 352,991 new daily cases.

A shortage of oxygen and overwhelmed cremation facilities have combined to force the country to skip individual funerals and traditional Hindu rituals. However, India’s military was ordered on Monday to release oxygen to hospitals from its reserves.

Retired medical military personnel are also being called up to help at COVID-19 health facilities.

Patients are “dying in line, sometimes in the road,” the Post reported, waiting for treatment at the country’s overwhelmed hospitals. Some medical centers have run out of beds and supplies. In Delhi there are no ICU beds left.

“We are just burning bodies as they arrive,” said Mamtesh Sharma, an official at the Bhadbhada Vishram Ghat crematorium in Bhopal. “It is as if we are in the middle of a war.” 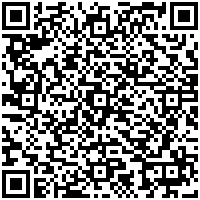