Israel’s Health Ministry reported Thursday night that testing produced 668 new confirmed cases of the novel coronavirus over the past 24 hours – the highest daily number of cases since April 3, when a record 819 people were diagnosed with COVID-19.

In addition, another Israeli has succumbed to the virus, bringing the death toll to 309.


More than 6,000 Israelis are currently struggling with COVID-19, the disease caused by SARS-CoV-2 – the novel coronavirus – a figure that included 47 patients in serious condition, with 29 of those requiring ventilator support and 52 more who were listed in fair (moderate) condition. All told 186 Israelis are hospitalized due to the virus.

The good news is, 16,007 Israelis have recovered from the illness.

Government officials approved a seven-day lockdown in parts of two cities — Elad and Tiberias — earlier this week. Officials were discussing the question on Thursday evening of whether to add a number of other cities to the list as well.

It was expected the discussion would either be wrapped up Thursday night or by Friday the latest, with an announcement on which “hot spots” might require a temporary “red zone” designation in order to get control of the skyrocketing spread in cases of the virus.

While Israeli officials are working to get control on the virus Prime Minister Benjamin Netanyahu said during his speech at a graduation ceremony for Israeli Air Force pilots that Israel is coordinating its efforts in fighting the virus with the United Arab Emirates.

“The health ministers of the United Arab Emirates and Israel will soon announce cooperation in fighting the coronavirus,” Netanyahu said.

“This cooperation will be expressed in research and development – technology in areas that will improve health security throughout the region.”

The prime minister added that the agreement was the results of “extensive and intensive contacts in recent months” and would “bring a blessing to many in our region.” 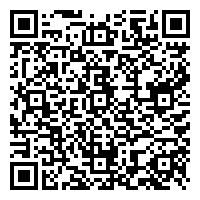