Prime Minister Benjamin Netanyahu, this evening (Tuesday, 15 October 2019), sent an official request, on his behalf and that of President Reuven Rivlin, to Russian President Vladimir Putin, for a pardon for Naama Issachar and her return to Israel. Issachar is a dual Israeli-US citizen.


Prime Minister Benjamin Netanyahu has sent an official request on his own behalf and that of President Reuven Rivlin, asking Russia’s President Vladimir Putin for a pardon for 25-year-old Naama Issachar, and her return to Israel.

Issachar was arrested on April 9 at Moscow’s Sheremetyevo Airport while in the airport transit zone before boarding a connecting flight to Tel Aviv after her arrival from New Delhi. A sniffing dog tracked her luggage and directed the airport security personnel to find 9.6 grams of cannabis.

She was convicted on October 11 in the Khimki City Court in Moscow on charges of drug possession and smuggling, despite denying the smuggling charge. Issachar was then immediately sentenced to 7.5 years in a “standard regime penal colony.

Both Netanyahu and Rivlin have also personally appealed separately to Putin on the young tourist’s behalf.

To Win, or Not to Win, That Is the ONLY Question 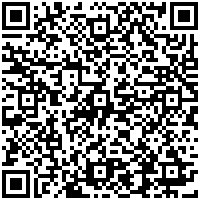