Prime Minister Benjamin Netanyahu has been chosen by President Reuven Rivlin to form Israel’s next government, it was announced Wednesday.

The president’s office made the announcement after it became clear following two meetings in his office that it would be impossible to create a unity government deal between Likud party leader Netanyahu and his opponent, Blue and White party leader Benny Gantz.


“I have decided to give you, sir, the opportunity to assemble a government,” Rivlin told Netanyahu at the nomination ceremony held in Jerusalem on Wednesday evening.

“It’s vital at all times, but now especially. We have been through a tough election campaign on all sides and for all sides,” Netanyahu said. “We need to unite the nation, to heal the rifts because we are facing three huge challenges.”

Each of the candidates had agreed to the idea of unity in principle when discussing it with Rivlin, but their approaches were vastly different and the divide was simply too great.

So-called “king-maker” Avigdor Liberman, head of the Yisrael Beytenu party, sat squarely between the two with his coveted eight mandates but declined to support either, preferring to advocate for a unity government that excludes Netanyahu’s Orthodox Jewish coalition partners.

Netanyahu refused to abandon his coalition partners who have been loyal supporters when he has needed them most.

At present, the prime minister now has 28 days within which to create a coalition government of at least 61 mandates. If he fails, he may ask the president to grant him a 14-day extension in order to continue his efforts.

Should he still not succeed, Rivlin may then hand the task to Gantz, who will then also have 28 days within which to make the same attempt. 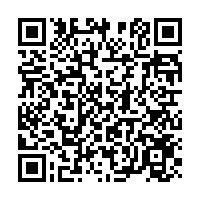