In light of a proposal by Transport Minister Israel Katz to build an artificial island off the coast of the Gaza Strip, where Israel would control traffic to and from a harbor reached from shore by a bridge, Prof. Arnon Sofer says that the question as to how and whether to increase the territory of the Gaza Strip this way appropriate.

Sofer, who established and headed the Haikin Chair in Geostrategy at the University of Haifa for many years, also chaired an interdisciplinary research team that several years ago raised the idea of establishing artificial islands off the coast of Israel and the Gaza Strip.

“If the residents of the Gaza Strip want to think about their future, and not just about liberating Palestine – an artificial island is definitely the answer,” argues Prof. Sofer.

“Unfortunately, Minister Israel Katz’s idea will remain on the level of theory,” laments Prof. Sofer, explaining: “I don’t think Gaza is moving toward a search for a solution – on the contrary, the leadership there doesn’t want to improve the citizens’ conditions at the moment.”

“No-one disputes that Gaza is facing a humanitarian crisis: two million people living on an area of 360 square kilometers, without resources and basic infrastructure such as water and electricity,” he explains. “It’s a terrible situation. Things will probably explode somehow and sometime, and one of the practical solutions to the problem is to expand the territory of the Gaza Strip into the sea. The sea around Gaza is very shallow, creating ideal conditions to establish an island – conditions that are not found anywhere else on the eastern coast of the Mediterranean.”

As noted, Prof. Sofer suggests that Israel also needs to “set out to sea.”

“By helping the residents of Gaza to build an island, we can improve our own knowledge about building islands in the Mediterranean in general, which is a problematic sea. I’d be delighted if Minister Katz would move forward with solutions as quickly as possible, because the infrastructures he is responsible for and is working hard to improve are collapsing before our very eyes.”

However, Prof. Sofer is not optimistic about the feasibility of the initiative in the current reality. “As and when the leadership in Gaza decides to try to improve the condition of the residents, there is a lot that can be done, and they should contact Israel Katz over the border,” he concludes. 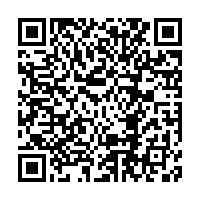