Israel signed an agreement on foreign workers with China on Monday, as part of a bouquet of economic deals that were signed against the backdrop of Prime Minister Benjamin Netanyahu’s state visit to the country.

The prime minister and his wife Sara were welcomed in the Great Hall of the People on Monday in Beijing by Chinese Prime Minister Li Keqiang, where the national anthems of China and Israel were played.

The two leaders held a working meeting that both termed a “breakthrough” in bilateral relations.

A communique by the Prime Minister’s Office said the two leaders agreed to “hasten the establishment of a free-trade zone between Israel and China and the work of the special economic cooperation committee (NDRC).”

Prime Minister Netanyahu proposed the establishment of a fast track for Israeli and Chinese investors, a concept that found favor with his counterpart, which the PMO said “could lead to many joint agreements.” He also raised the issue of dedicating a direct air link between Shanghai and Tel Aviv.

Among the agreements signed by the two prime ministers and the ministers in the two governments were:

+ An agreement on foreign workers from China (by Economy and Industry Minister Eli Cohen);

+ The establishment of joint laboratories (by Science, Technology and Space Minister Ofir Akunis). 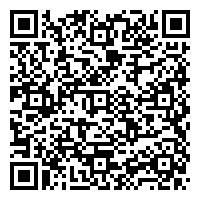