Hamas has dictated a list of demands if Israel wants to stop the rocket fire at Israeli civilians.

A source inside the organization told Israel Radio that the demands had been passed to the Israeli government via a third party, but that Israel had not responded to the offer.

Hamas continues to praise the murder of the Israeli teenagers, insisting the children were “settlers” and “soldiers,” but the organization insists it was not involved in the abduction.

Hamas also demanded that Israel not respond to ongoing attacks from Gaza, and to uphold the ceasefire agreement reached at the end of Operation Pillar of Defense in 2012.

The source inside Hamas said, “We will not agree to ‘quiet in exchange for quiet.’ If Israel does not agree to our demands, I expect we will continue this battle.”

Israeli Radio also reported that Israeli cabinet members do not understand why Hamas seems dedicated to bringing a broad-scale IDF attack on Gaza at this time, but added that the government ministers do not see much choice but to expand operations to reign in the missile fire. 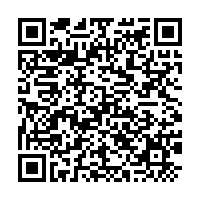