A three-judge panel of the High Court of Justice on Wednesday asked the state to consider revoking the appointment of retired Judge Menachem (Meni) Mazuz as chairman of the advisory committee on appointing senior officials, making it temporary because it was made by a temporary, caretaker government.

At the hearing, Judges Noam Solberg, Yael Wilner, and Ruth Ronen suggested the prosecutor’s office consider approving the Mazuz appointment only to select the new chief of staff, which Defense Minister Benny Gantz was urgent (although many wondered why Lieutenant General Aviv Kochavi couldn’t stay on a few more months so that his successor is chosen by an elected government).

Among other things, Judge Solberg wondered at the hearing how “an outgoing government wants to make an appointment for eight years, which is the life of at least two governments?”

The state prosecution informed the High Court that Mazuz made it clear that if his term of office was shorter than eight years, he didn’t want the job. They also noted that the Attorney General supports the government’s decision to appoint Mazuz for eight years, saying it is within the “range of reasonableness.”

Them is big words for fixing a cushy job for a friend for eight years.

Attorney General Gali Baharav-Miara rejected the judges’ offer, and Mazuz, for his part, announced once again that he was not interested in a temporary appointment. And so, the High Court reluctantly issued an injunction against one of their own and gave the state until September 15 to explain why it is refusing to revoke Mazuz’s permanent appointment.

Here’s a fun fact: the advisory committee on appointing senior officials will not convene before the appointment of its chairman is settled, permanent or temporary. This means that even if the High Court accepts the state’s arguments next Sunday, September 15, there are going to be delays in the committee’s vetting of Gantz’s pick for the new chief of staff, Herzi Halevi. By the time the committee is done with this task, it would be so close to the November 1 election, that they might as well wait for the next government to roll in.

According to Article 30 of the Basic Law: the government, the principle of continuity applies to the work of the government, even during an election period. However, the Supreme Court has ruled that the government and the ministers in a transitional government on the eve of elections are obliged to act “with the restraint appropriate to the status of an outgoing government” in exercising their powers regarding all those matters in which there is no necessity and urgency to act before the voters elect a new government.

According to the court’s rulings over the years, the range of reasonableness of the activity of a governing body during the period of a transitional government is examined by paying attention to the characteristics of the concrete authority exercised and taking into account the required balance between the need for action and the aforementioned requirement of restraint.

Here’s another fun fact: when Meni Mazuz was on the Supreme Court he was one of the strictest justices in resisting long-term appointments by caretaker governments, and famously blocked the appointment of a deputy to the state attorney and a director general for the Justice Ministry. 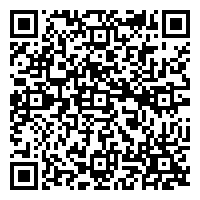