Defense Minister and Alternate Prime Minister Benny Gantz arrived on Monday for a status meeting and a tour of the Israel Institute for Biological Research in Ness Ziona, which is a subsidiary of the Defense Ministry, ahead of the start of planned human trials for a coronavirus vaccine at the end of October.

More than 200 companies around the world are competing to be the first to come up with a viable vaccine. Prof. Yonatan Gershuni from the Department of Cell Research and Immunology at Tel Aviv University told Radio 103FM on Monday that “42 companies are already deep in clinical trials, with the Biological Institute joining them.”


Gantz received an overview of the required prerequisites for the start of the trials, as well as the schedules and the manufacturing of the vaccine. He met with the heads of the research team and congratulated them on the breakthrough and their dedicated work.

At the end of the visit, Gantz said: “We are in a very significant moment. Prof. Shapira, director of the Biological Institute, and all the staff did a fantastic job. They are the scientific forefront of the State of Israel and they have brought the vaccine to a stage where we can soon begin to experiment on humans. If the process is successful, this will be great news for the State of Israel and perhaps for all the peoples of the world. I want to thank all the members of the institute and the research team, you are a source of national pride.”

The CEO, Prof. Shmuel Shapira, said: “We set out nine months ago, on February 2, and we are entering the last round at the end of October. The new vaccine has a trade name – ‘Brilife’ – a combination of bri’ut-health, il for the State of Israel, and life. We thank the Minister of Defense for his support, and will continue to work for the health of the citizens of Israel as well as for the sake of the Israeli economy and society.”

In 2007, Israel’s Channel 2 News reported that between 1998 and 2006, the Ness Ziona institute conducted secret human experiments for a new vaccine against anthrax that including injecting 800 IDF soldiers with up to 7 doses of the vaccine without informing them about the dangerous side effects. The soldiers became violently ill and an ethics panel found that the institute violated the Helsinki Declaration against human experimentation.

To date, there are two types of vaccines in the world today, and it is not yet clear which of them the Israeli vaccine belongs to. The first type is based on the injection of the virus itself, or a killed virus, similar to the polio vaccine, or, alternatively, the protein of the virus, as in the hepatitis B vaccine given to babies. The vaccine uses the substance of the virus itself. Influenza, measles, and mumps vaccines are also all made from the virus’s protein.

The second type that is being developed today is done using the latest technology that utilizes the genes of the virus. These genes are not virus proteins, they are just the genetic pattern injected into humans, and the human cells form the proteins according to the guidelines of the injected genes. The vast majority of the vaccines in discussion recently belong to this group. It is a new generation of vaccines, and to date, no such vaccine has been used successfully on humans. The efforts to develop these vaccines enjoy large investments from governments and corporations because they can be manufactured in an industrialized mode in very large quantities.

A search online revealed that Brilife—the name picked for the Israeli vaccine—is also the name of an Indonesian insurance company that invites customers to “find various types of insurance with the perfect protection solution and optimal benefits, according to the needs of you and your family.” 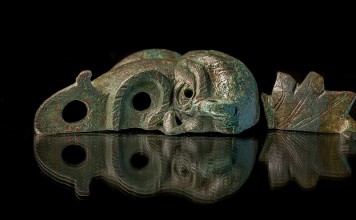 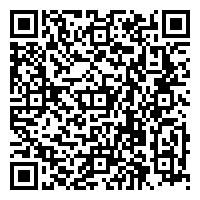