Iranian Foreign Minister Hossein Amirabdollahian said on Monday that his country would submit its final conclusion regarding the conditions for the revival of the 2015 nuclear deal on Monday night. In comments on Monday, Amirabdollahian said Iran was going to send its final conclusion about the JCPOA talks to the European coordinator in written form at midnight tonight. The foreign minister reiterated that if the US respects Iran’s red lines and guarantees that Iran will fully enjoy the economic benefits of the deal, the deal would be achievable.

State Department spokesperson Ned Price said on Monday that the US and its negotiating partners remain focused on the dangers of Iran’s nuclear weapons program. He told reporters that President Biden “has provided clear instructions to the team. We will not allow Iran to acquire a nuclear weapon. We continue to believe that diplomacy is by far the best, the most effective means by which to constrain, verifiably and permanently, Iran’s nuclear program.”


According to Ynet, Israel is afraid of last-minute American concessions, and has already made it clear to Washington that “We will not be bound by this agreement.”

Senior officials in Israel say that if Iran returns to the agreement, Israel would not be committed to it and would do everything in its power to sabotage the Iranian nuclear program and “make life miserable for them.”

Monday was the deadline for Iran to issue its response to a European Union proposal to revive the 2015 nuclear deal, which was signed by the U.S., Iran, Britain, France, Germany, Russia, and China after former President Trump had pulled out of that agreement in 2018.

As to Iran’s demands, before it rejoins the talks, Price said “The only way to achieve a mutual return to compliance with the [Joint Comprehensive Plan of Action] is for Iran to drop further unacceptable demands that go beyond the scope of the JCPOA.”

Those demands have to do with Iran’s insistence on limiting the International Atomic Energy Agency investigation into undeclared nuclear material in the country, for the US to take the Islamic Revolutionary Guard Corps off the terrorist list, and for the US and the EU to lift economic sanctions on the IRGC.

In the meantime, Israel is following with vigilance and concern the advanced contacts between Iran and the international powers towards a possible agreement to return to the nuclear agreement. Israel fears last-minute American concessions that would allow Iran to return to the agreement.

A dialogue has been taking place in recent days between the Americans and Israel, in which Israel is trying to prevent concessions and insists that the US would not renege on its commitments to Israel not to give in to the Iranians. The head of the National Security Council, Dr. Eyal Hulata, held talks on this issue with his American counterpart, Jake Sullivan.

The Israeli side is particularly afraid of an American concession regarding the “open cases,” those IAEA investigations that Iran wants to close. Israeli officials have been expressing behind closed doors their disappointment at the American conduct, feeling that the Americans “sedated Israel” and tricked it into thinking that there would be no return to the agreement.

Officials in Israel said that the Americans asked Israel “not to surprise them,” to which the Israelis replied: “Yes, we will surprise you. We are not committed to this agreement and think that returning to it is bad, and we will act against the Iranian nuclear program.”

Israel is concerned that the minute the Americans drop their objections to Iran’s additional demands, both countries would sign the deal immediately. 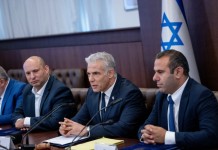 Lapid: Nuclear Deal with Iran Not in the Near Future 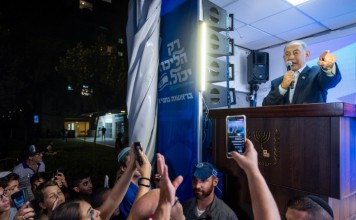