Iranian Foreign Minister Mohammad Javad Zarif blamed Israel on Monday for the sabotage of the Natanz nuclear facility, which he called “nuclear terrorism” and said that Iran reserves the right to respond.

The Iranian IRNA agency reported that in his meeting with the National Security Council, Zarif said “the Zionists seek revenge on Iran for its success on the road to lifting the embargo and sanctions” imposed by the US.


Zarif added that “senior members of the Zionist entity have already openly stated that they will not allow the sanctions to be lifted” and that the action in Natanz was intended for this. Zarif called on “the leadership and the Iranian people to pay attention and not fall into the trap set by the Zionists in the Iranian effort to remove the embargo.”

A spokesman for Iran’s foreign ministry described the sabotage of Natanz as “an attack on humanity” and said that Iran has the right to respond.

Ali Haddadi, a member of the Iranian Majles, said the attack on Natanz is another step after the assassination of nuclear scientist Mohsen Fakhrizada ​​and the attack on the Iranian ship Sabiz a few days ago, and that both actions necessitate a deterring Iranian response.

The Tehran Times also noted the proximity of the events between the mysterious explosion on the ship Saviz and the incident in Natanz, the second incident at the facility in a year.

However, Iran’s reactions to the sabotage of the nuclear facility reveal controversy between proponents of negotiations with the US and its opponents, especially among the Revolutionary Guards (IRGC). Zarif made his remarks during a report on the progress of talks between the United States and the Iranians in Vienna last week, but it should be noted that along with pointing the finger at Israel, Zarif emphasized to the Council that Israel’s goal is to thwart Iran’s success in negotiating with the US and added, “we will not allow this.”

Zarif received reinforcements for his positions from other sources in Iran. On Sunday, the head of the Atomic Energy Organization in Iran, Ali Akbar Salehi, alluded to the Iranian suspicion towards Israel when he said that “the incident at the facility is the result of the failure of those who oppose the negotiations that Iran is conducting to remove the sanctions from it.” Salehi also added that Iran has the right to act against the perpetrators.

On the other hand, the Tasnim news website, which is close to the IRGC, called on President Hassan Rouhani to withdraw from the Vienna talks with the Americans, thus expressing the opposition of the Revolutionary Guards to the renewed negotiations.

Tasnim pointed an accusing finger at the US, which, while participating in talks in Vienna and expressing satisfaction with the progress of the negotiations, is at the same time cooperating with Israel in carrying out acts of sabotage, even though the US has not yet officially addressed the event in Natanz.

Meanwhile, there is a growing appreciation among intelligence agencies in Israel and around the world that the explosion caused very heavy damage that disrupted operations at the facility for many months and destroyed the electrical systems that provided power to centrifuges.

The assessment is also based on the fact that Iran tends to respond to acts of sabotage at its nuclear facilities only when they cannot be hidden and are forced to address such actions openly.

Intelligence sources estimate that Iran will not respond in a direct confrontation with Israel and will choose to harm Israeli missions abroad or through an extensive cyberattack or a limited missile attack. 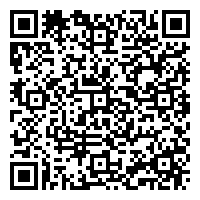