In what could be a major breakthrough, Lebanon has reportedly agreed to negotiate with Israel over their shared maritime border. The negotiations will begin after the upcoming Sukkot holidays and probably be held at the UNIFIL base in the town of Naquora in southern Lebanon near Rosh Hanikra, according to a Mako report. Hezbollah has not protested the decision, though it is unclear how Hezbollah chief Hassan Nasrallah will publicly respond.

The Exclusive Economic Zone (EEZ) maritime border has been a point of dispute between Israel and Lebanon for decades, with each side drawing their border according to interpretations that best expand their territorial control, though Israel based their demarcation based on standard international practice. The area in dispute is about 860 square meters and potentially holds large offshore gas reserves.


Israel has agreed in principle to a 58:42 split of the area in Lebanon’s favor.

Once the border has been agreed on, both sides will be able to expand their offshore gas drilling into the formerly disputed regions.

There are additional areas of along the land border between Israel and Lebanon that Lebanon disputes, but UN officials has repeatedly confirmed that Israel has withdrawn to the internationally recognized “blue line” and is not occupying any Lebanese territory.

Lebanon’s dire economic condition, exasperated by the massive explosion at Beirut Port, believed to be connected to the Hezbollah terror organization, has apparently made the country more flexible to negotiating directly with Israel to resolve this specific dispute.

And finally, the growing circle of Arab and Muslim countries normalizing relations with Israel has also made the idea of negotiating with Israel publicly acceptable.

In reality, if Hezbollah, which is the Islamic Regime of Iran’s terror proxy in the region, was removed from the picture, there would be no reason that Israel and Lebanon couldn’t be allies and regional partners.

The breakthrough was achieved through the visits of US Assistant Secretary of State for Middle East Affairs David Schenker to Beirut and Jerusalem. 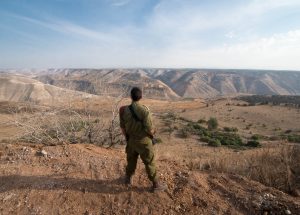 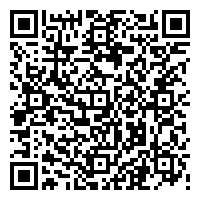