United Nations Day celebrates the “Charter of the United Nations” which entered into force on October 24, 1945. Israel’s relationship with the United Nations began in 1947 with the passing of UN Resolution 181 which lead to the creation of the Jewish State. Since becoming an official member-state of the United Nations in 1949, Israel has played an active role in numerous UN institutions, using its expertise in innovation, agriculture, and medicine to address significant global challenges affecting millions.

These are just a few of Israel’s accomplishments since 2016:


Israeli Resolution on Entrepreneurship and Development

Israel continues to use its expertise in entrepreneurship and development at the United Nations to encourage innovation around the globe. In November of 2016, the UN General Assembly passed an Israeli-sponsored resolution on “Entrepreneurship for Sustainable Development.” This is the third time this Israeli-initiated resolution has been adopted by the General Assembly. The resolution was supported by 123 member states, with 8 abstaining, and 30 voting against the resolution. The resolution outlines “key ways in which UN member states, and the UN itself, can help remove the barriers facing entrepreneurs and unleash the talent that is innate in all societies.” In addition, the resolution focuses on capacity-building, training programs, and business incubators for entrepreneurs. During the session which discussed the resolution, Israel noted that entrepreneurship is a field which has endless potential for sustainable development and can help the United Nations reach goals included in the UN’s 2030 Agenda for Sustainable Development. Israel which has largest number of startups per capita in the world and was recently ranked by the World’s Economic Forum as the world’s third most innovative country, will continue to take an active role in entrepreneurship and development at the UN.

On October 17, 2017, Israel, together with five other countries, was elected to the bureau of the United Nations’ Committee on the Peaceful Uses of Outer Space (COPUOS). COPUOS is responsible for “governing the exploration and use of space for the benefit of all humanity, reviewing international cooperation in peaceful uses of outer space, encouraging space research, and studying legal problems arising from the exploration of outer space.” Israel has been a member of COPUOS since 2015 and a full member of the UN Committee on Space Affairs since 2016. Israeli expertise in the field of space and aviation will allow Israel to play a meaningful role as a leading member of COPUOS. Israel is the smallest country in the world with satellite launch capabilities and is one of only 11 nations with the ability to launch unmanned missions into space.

Israel Resolution against Sexual Harassment in the Workplace

In June of 2016, Israel’s Ambassador to the United Nations, Danny Danon was elected to chair the UN General Assembly’s Legal Committee, the “primary forum for the consideration of legal questions in the General Assembly.” The Legal Committee is one of six UN permanent committees and it focuses on a range of legal issues, including terrorism. Israel’s vast experience in international law and counterterrorism has allowed Ambassador Danon to play an active role in the committee. Upon announcement of his election, Ambassador Danon noted “Israel is a world leader in international law and in fighting terrorism. We are pleased to have the opportunity to share our knowledge with the countries of the world.” Israel’s appointment to the Sixth Committee is a historic achievement, marking the first time that Israel was selected to head a permanent committee of the General Assembly.

Israel is proud of its accomplishments at the United Nations, despite the myriad of challenges it faces in the international body. Israel will continue to advocate for important causes through its work at the UN and other international forums. 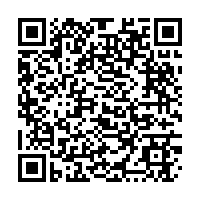